Unfortunately, as a living person, you have a cell phone somewhere within 15 inches of you right now. And with that, you have infinite access to pictures of people you barely even like going on vacation to Cabo San Lucas every single weekend, swimming with sharks, eating steaks and drinking chocolate out of a waterfall.

Scientists who are bad at naming things have identified this phenomenon as social media-related FOMO.

The British government even put a study out saying that staring at pictures of all of those people from college who never appear to be working out, yet somehow look hot as hell, is “detrimental to young people’s mental health and wellbeing.” The study says scrolling endlessly through this stuff could affect sleep, hurt self-image, and, Hey Diane, where do you even find a chocolate waterfall? Is that naturally occurring or what? And does your dad have some sort of deal with Virgin America? Come on.

I’ve been getting real Diane vibes from the YouTube pages of every draft prospect I like right now. Based on scouting my two dream prospects on YouTube alone, I project both Luka Doncic and Jaren Jackson Jr to shoot 95 percent from the field in the NBA. Reality is mathematically closer to 9 percent.

That’s where Devin Williams comes into play. Devin isn’t in that gaggle of dream prospects. He just showed me I’m Diane-ing all of them. 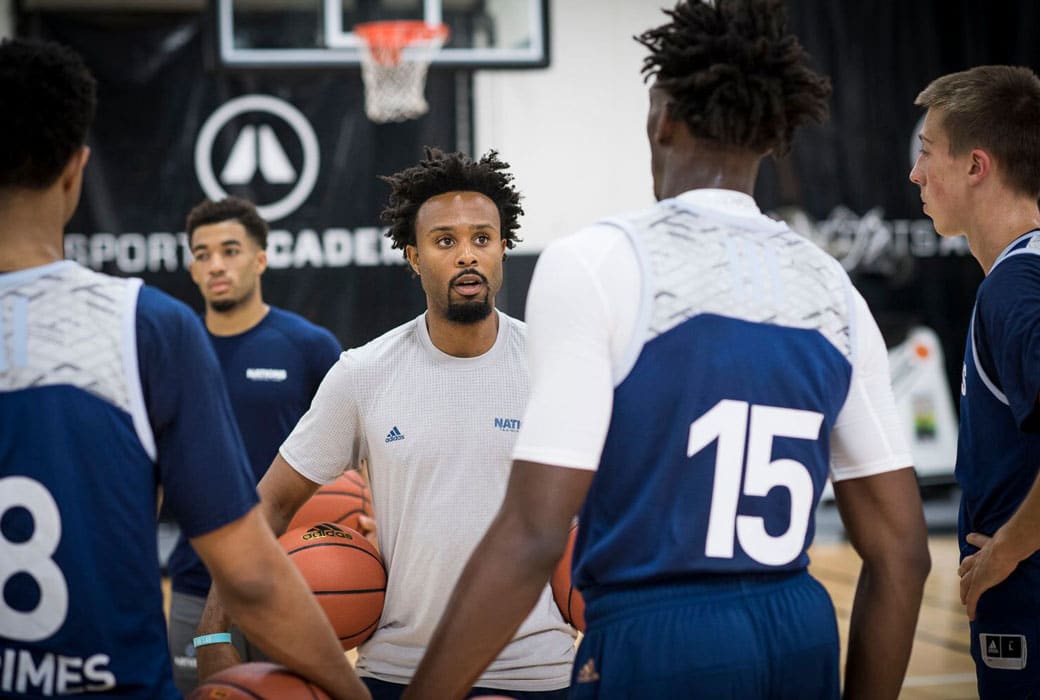 “Some of the kids I’ve seen out there are the most skilled I’ve ever seen, but it comes at a cost,” he told me. “You learn so much by watching the game, but just by watching the highlights, you don’t notice how hard it can be. It’s highlights. You have to watch the whole game to get it.”

Devin runs a YouTube channel called InTheLab. He signed on to play at Fresno State a few years ago, got hurt, then transferred to the Academy of Art in San Francisco, where he learned how to edit videos.

Now he flies around the world and shoots what look like Christopher Nolan movies about the intricacies of hoops. Lots of dollies and drones and high-end cameras. Over 357,000 people subscribe to his channel. He flew to Spain to watch Doncic and came back with—get this—a positive-but-mixed review.

It forced me to encounter a truly horrifying thing: nuance.

That’s what the real future is in basketball: Kids, freaked out by computers and the spooky garbage they can do to you, will watch one of Devin’s videos on YouTube—then they will go outside and do it.

When he’s not doing deep-dives on specific players, Devin makes videos on specific moves and crossovers that used to be regional. He slows everything down—both in the scouting videos and the tutorials he puts together—then makes it all pretty in After Effects.

“I was learning everything from VHSes to AND1 mixtapes. Now you can watch it in slow motion and speed it up. There are no secrets,” he said.

No secrets. It’s the democratization of the game.

For anybody in hoops, whether it’s Devin creating the video room of the future or a kid learning to replicate weird Serbian crossovers in Brooklyn, there are no secrets in the future.

For Diane and her chocolate Photoshop waterfall, no secrets is a nightmare that can’t come soon enough.

Ben Collins is a brilliant writer and a reporter for NBC News. He’s also a SLAM columnist and writes The Outlet, a monthly column in which BC muses on…well, whatever he wants. Follow him on Twitter @oneunderscore_.

Welcome to 2048: A Basketball World with a Four-Point Line 🤖