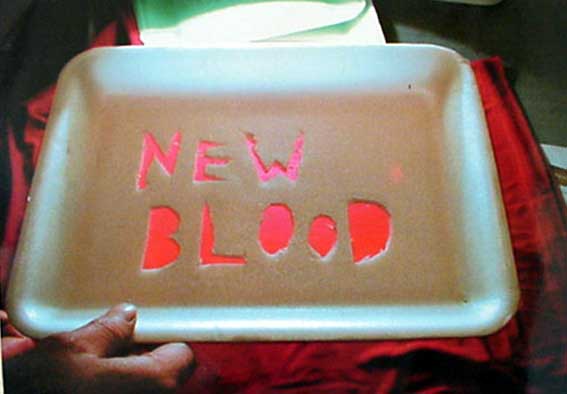 Quick intro. Holly MacKenzie will be working with slamonline doing “a bunch of stuff” and she’s already hit the ground running. Without further ado, her debut post:

After spending this past week getting familiar with the process of moderating comments and reading through all of the charming spammers who try to clog up the site -My first morning I awoke to 776 comments which needed moderating- I feel it is time to introduce myself to all of my fellow SLAM readers. As Sam said, my name is Holly MacKenzie.

Like many of you I have grown up with SLAM magazine. I am also in the process of moving across the country from lovely little Nova Scotia to Vancouver, BC to finish my journalism degree. In between I somehow managed to convince the big guys at SLAM to let me work with them, spreading the bball love a little further, from all the way up here in hockeycentral, Canada. After quite the disappointing showing in the FIBA tourney, and especially after the Grizzlies left, people forget that we have hoop heads here up North.

Some important things about myself; I have been a Lakers fan since birth and I remember the world stopping the day Magic announced his retirement. I love the game inside and out, from high school, college, pro’s, international you name it. If it involves putting the ball in the hoop, I am there.

The next obvious question would probably be if I am a baller myself; Sadly, I am a player only by heart. I have never suited up, nor have I ever even played a game besides in PE class. I like to say that instead of being given grace and athleticism, I was instead handed a pen and a pad of paper with which to share the love of the game. I love the month of March more than any other time of the year and like so many others, my favorite tradition involves skipping classes, work and anything else that gets in the way of going somewhere to catch opening day in its entirety.

What else? I have chipped a tooth from clenching my teeth during the Lakers and Indiana game 5 in 2000, yeah, you all remember which one. I skipped out early on my high school graduation festivities so I could watch the NBA draft and then later on that night left the prom repeatedly to call my mother for updates. I have an entire bookshelf at home filled with SLAMs, usually 2 issues of each since one was used for decorating my room and the other was left untouched. This still causes arguments with my mother who is trying to force me to part with them so she can have her bookshelf back.

I loved the book 07 Seconds or Less and every time I watch the Suns play, I feel like I can psycho-analyze them because of it. I guess what I am trying to get across to you all is that basketball is my passion and writing is my release. When those two are combined, the product is my truth. I am so thankful that I now get the opportunity to share that truth with all of my fellow SLAM readers.

You know who you are, Slamonline is your homepage, you check it a few times every hour worried you might miss something, you can’t be a subscriber because you don’t like the sticker with your address that messes up the cover. You also pore over boxscores as though they could give you all the answers to life’s most pressing questions and you listen to your team’s games over internet radio when they are not televised. You remember Christmases more in terms of the games that were on rather than the gifts you received, and, above all else, you recognize that being a fan of this wonderful game called basketball is the greatest gift of all. It is because of these things that I know I am in the right place. That and really, where else would I find a group of people who know what a ducktail is. Now, I can only hope I will be able to keep up with the comments quickly enough to please E Boy, and Tariq so I do not become victim to a verbal thrashing!