Is Bassy on the Right Track? 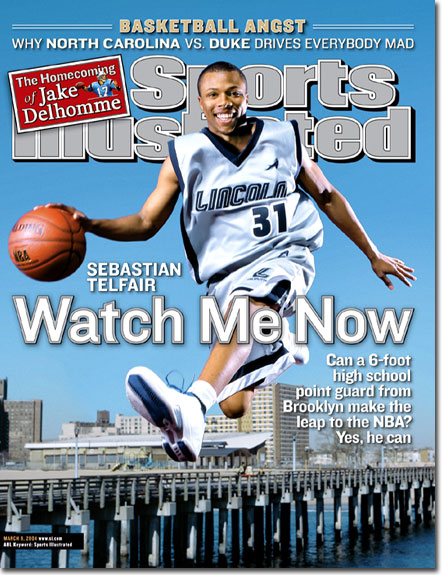 -Sebastian Telfair is putting in work at the Summer League.

(Danny) Ainge wouldn’t discuss any previous trade agreements for Telfair, saying, “I’ll just stand by what I said about Sebastian. Nothing’s changed. But I will say I thought it was a great decision by Sebastian to show up at the summer league camp and play – and play well.”

“I think I need to focus a little more on my strengths,” Telfair said. “In the last three summers I worked a lot on what people said I couldn’t do, and that took me away from the things that got me to the NBA – using my quickness, getting to the basket and finding guys.”

-Zeke likes what he’s seeing from the troops so far.

-My main girl, Miss Gossip, sat down with Greg Oden and got him to explain exactly what was going on in that infamous photo. Hilarious stuff.

“We’ve got alternative plans,” Riley said, “but we’re putting all our energy in this.”

“This is what we want to try to focus on, what we’re doing,” he said. “It’s probably a tough decision for him.”

(It’s not that tough of a decision, Mo. Miami = A little bit less money, beautiful weather, beautiful – and oftentimes, surgically enhanced – women, and a chance to play with Shaq and Wade. Milwaukee = Milwaukee.)

-Kobe was in LA yesterday, but refused to talk about his situation with the Lakers. I guess he’s still worn out from his tour on Radio Row a little while back.

-Eazy Yi talked to the League’s official site but did not get asked about the Bucks thanks to his agent. Awesome.

-And finally for today: Don’t eff with the Chinese government, son!

China executed its former top food and drug regulator today for taking bribes to approve untested medicine as Beijing scrambled to show that it is serious about improving the safety of Chinese products.

The Beijing No. 1 Intermediate People’s Court carried out the death sentence against Zheng Xiaoyu, 62, the former head of the State Food and Drug Administration, soon after the country’s Supreme Court rejected his final appeal.