Isaiah Thomas: ‘We Were a Better Defensive Team in Boston’ 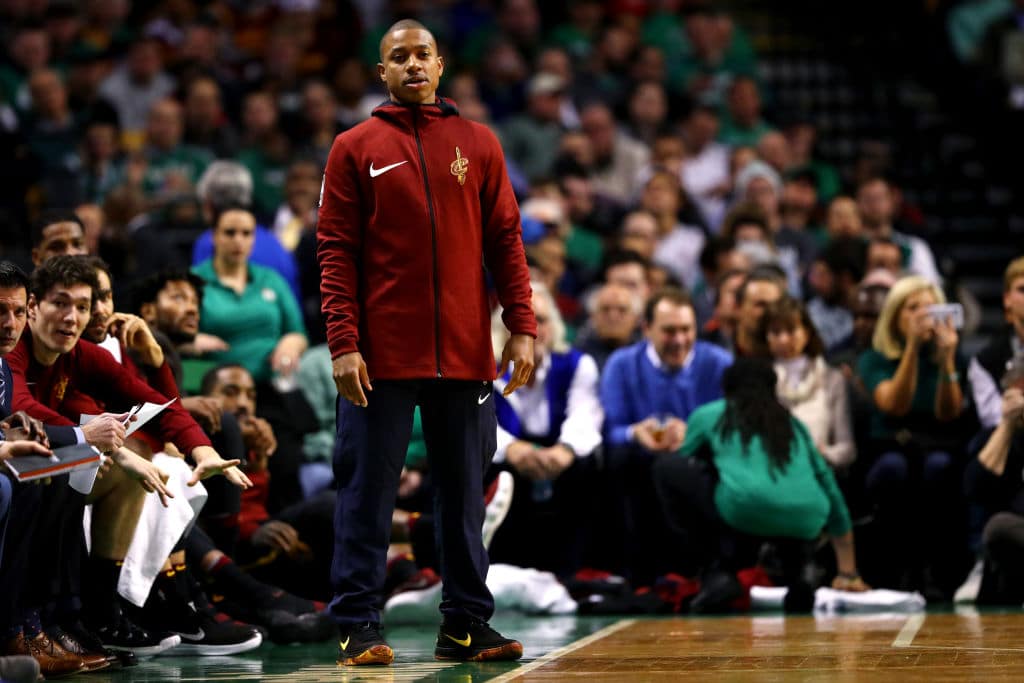 After the Cleveland Cavaliers gave up 148 points Saturday in a nationally-televised debacle against the OKC Thunder, Isaiah Thomas said he was playing on a better defensive team last season in Boston.

Thomas admits that the Celtics simply “played a lot harder.”

With the vultures circling in Cleveland, IT says the Cavs all need to be held accountable.

“I think we need to hold everybody accountable a little more and I think that’s the biggest thing right now, if guys ain’t doing the right job they need to come out of the game,” Thomas said. “And that’s just what it is. It’s never personal. It’s doing what’s best for this team and put this team in position to be successful.

“Tonight was not on the coaches, though. That’s on us — 150 points, I don’t think I’ve been a part of that since my two All-Star games, so that’s on us as players.”

Time and again Saturday, [Tyronn] Lue said after the game the Cavs had “matchup” problems, speaking primarily about Thomas on [Russell] Westbrook.

“We were a better defensive team in Boston,” said Thomas, who was traded by the Celtics to Cleveland for Kyrie Irving. “That’s what we laid our hat on, so it’s not about me stopping anybody. You’re not stopping just one person and not one person is stopping me, so that goes on the other end as well.

“Stopping Westbrook, he gotta stop me too and that’s with any guard in this league, but in Boston we were just a better defensive team. We played a lot harder. We have the guys to do that on this team. We just gotta do it.”