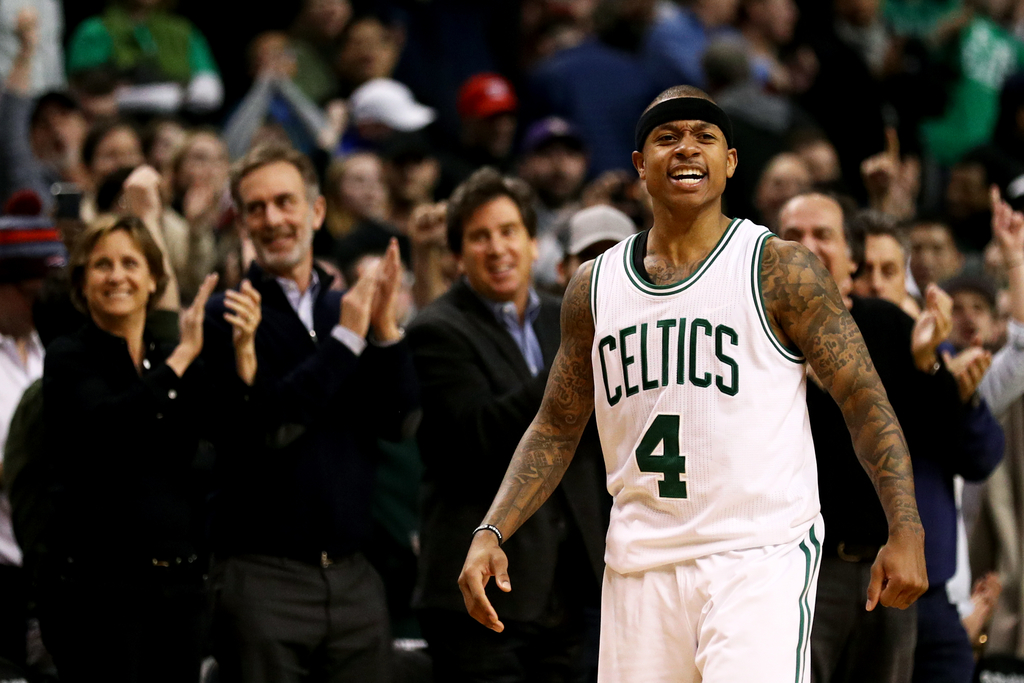 Isaiah “Mr. Fourth Quarter” Thomas came through once again Wednesday night, scoring 19 of his game-high 44 points in the final stanza of the Boston Celtics’ 109-104 win against the visiting Toronto Raptors.

Thomas has had four games with 20 or more points in the fourth this season.

IT’s teammates and fans now signal his explosions in the clutch by looking down at their wrists.

“I just did it one game and it kept going,” he said. “I’ve got teammates, the fans, signs, everybody in social media is saying: ‘You know what time it is.'”

“You have to trap him and get the ball out of his hands,” Toronto guard Kyle Lowry said. “He got three wide-open looks in the fourth. That can’t happen.”

It was the fifth straight win for Boston, which moved 1 ½ games ahead of the Raptors in the division and holds the Eastern Conference’s No. 2 seed.