Isaiah Thomas: ‘I’m Excited to Show What I Can Do Again’ 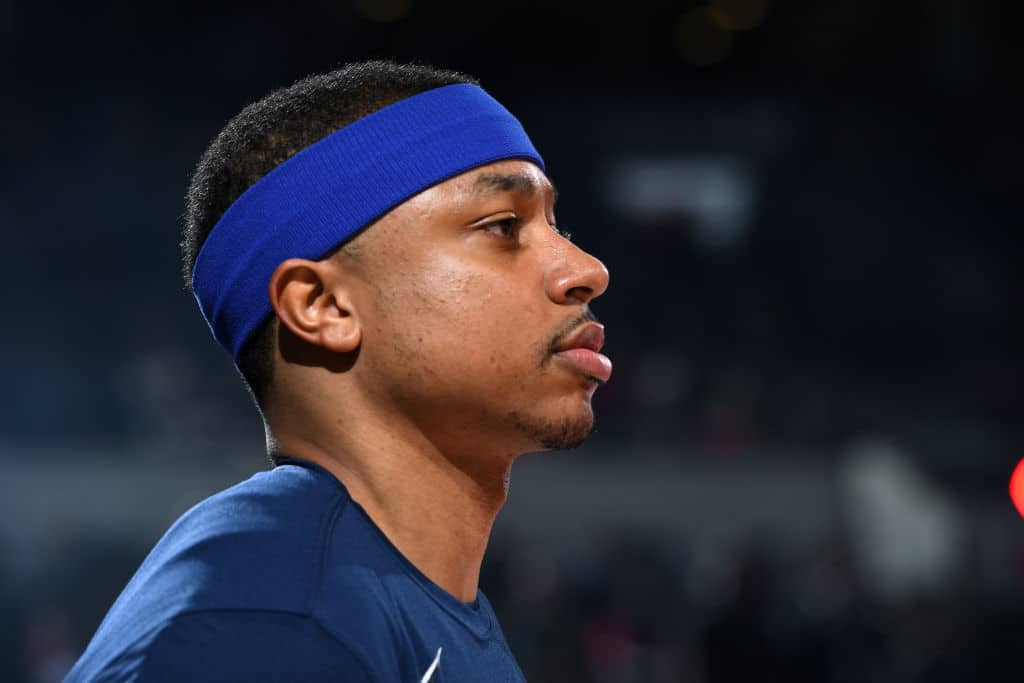 Thomas, 30, is aiming to build his body back up again by going “back to being a gym rat this summer.”

Hip surgery derailed IT’s career, but the two-time NBA All-Star is determined to prove doubters wrong all over again.

“Nobody knew what to expect with me coming off hip surgery last year, and two summers of rehab,” Thomas told ESPN. “Now, I can go back to being a gym rat this summer, work on my game again, and build my body back up — my muscle mass, my leg strength — all like I had going into the 2017 season.”

Thomas is hopeful his season with the Denver Nuggets and a full 2019 summer of work become a pathway back into an NBA rotation, a full-time resumption of a career sidetracked with hip surgery.

“Denver allowed me to take really as much time as I needed, to get back to 100 percent health,” Thomas told ESPN. “Obviously I wanted to play and I thought I could’ve contributed in the regular season and playoffs, but I understood (coach Michael Malone’s) decision and I think I contributed in other ways as a leader, as someone who was there to answer the questions of the younger guys. I stayed ready and prepared to play.”

Now, Thomas plans to split his time between the Seattle-area and Los Angeles this summer and fully expects a full summer of work to result in a player who’ll be prepared to make an impact next season.

“I’m going to get back to a level that I was playing at,” Thomas told ESPN. “I’m excited to show what I can do again.”

Related ‘I Need That Love’: Isaiah Thomas Celebrated in Return to Boston