Isaiah Thomas: ‘My Job is Not to Fit in, It’s to Stand Out’ 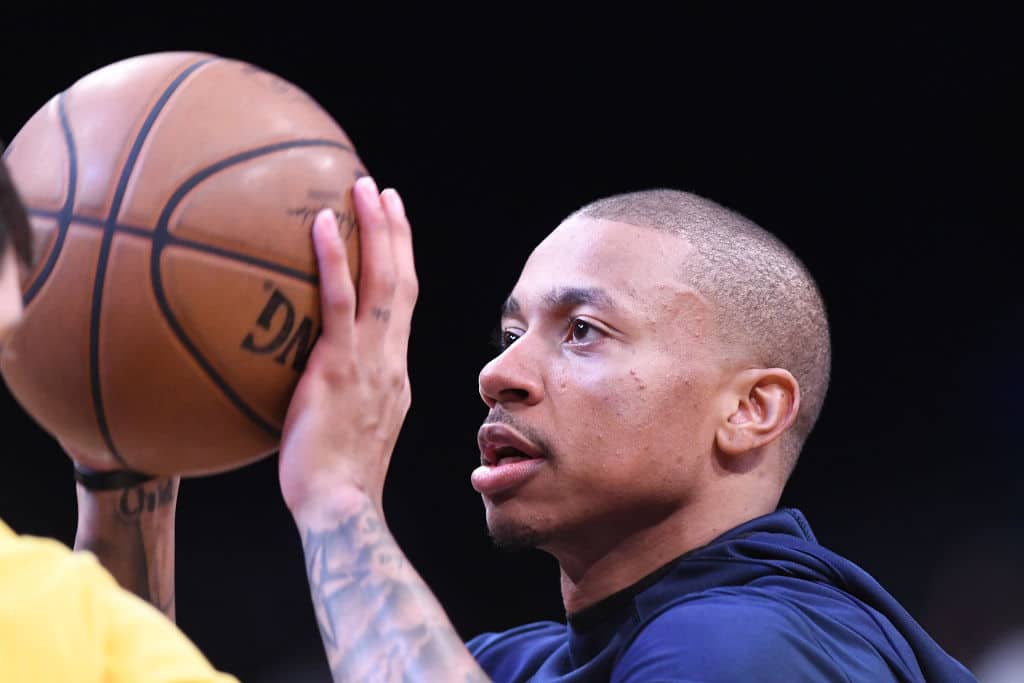 Thomas is determined to prove that he remains one of the NBA’s best players, but knows it will take time to climb back to an “MVP level.”

IT says his hip is “almost 100 percent” and that he’s looking simply fit in with the Denver Nuggets.

Asked IT about fitting in alongside Morris and Beasley.
IT: "I don't know, I really don't. My job is not to fit in, it's to stand out, no matter what team I'm on."

Thomas spoke to the media for the first time all season. He could debut tonight. https://t.co/KwcS7wiEgT

“I got a goal that I want to reach,” Thomas said Wednesday morning while speaking to the media for the first time this season. “I want to be one of the best players that ever played the game. There’s no quit in me. This is just a part of my story.”

Thomas has admitted he came back too soon with the Cavaliers last season. This year, even though he’ll join a Nuggets team that’s surging toward the playoffs, he’s taking a more practical approach.

“Last year, I was all wanting it back in day one, and that’s not going to happen,” Thomas said. “I’ve been out even longer than I was last year, so I’m going to be patient with my body, I’m going to be patient with my game, knowing that it’s going to take a while. It took me years to get to an MVP level, and I know it’s going to take me a while to get back to that level and get back to feeling like that player again.”

The other obstacle for Thomas is that reserves Monte Morris and Malik Beasley have thrived in his absence.

“I don’t know, I really don’t,” Thomas said. “But my job is not to fit in, it’s to stand out, no matter what team I’m on. I’m going to do whatever I can to get minutes on the basketball floor and I’m going to play to win and help this team get to the next level.”