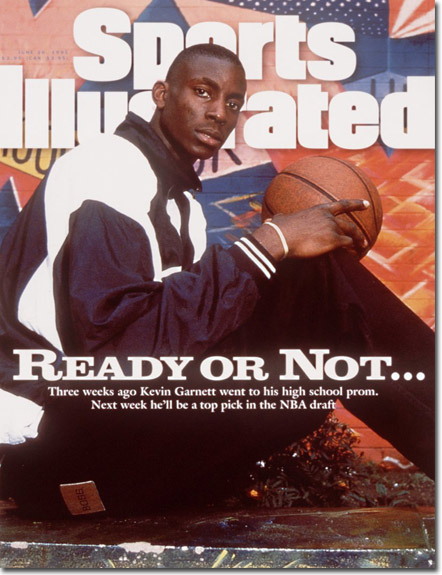 Finally. Finally! In a little more than 12 hours from now, the draft happens and we can all move on with our lives. With two perceived course of the future altering forces about to go #1 and #2, and the possibility of all those too crazy to be true trades out there, we need closure. Is using a war reference in the title of this post not serious enough to convey the importance of tonight’s events? Perhaps. False rumors will fall by the wayside. The truth will come out, sort of. Hopefully.

The Amare-KG-Hawks deal is turning out to be one of wild speculation. Or is it? Was it? Have the Hawks really been Belkined again? There are more questions than answers. Are the Mavs about to trade Devin Harris to the Bucks for the #6 pick? Who has been the suspiciously quiet team that is about to come out of nowhere and pull off the shocking mega deal? Who can lie with the straightest face? Does anybody know anything?

The one thing we definitively know about tonight is ironically the question that everyone has been obsessed with for months. Durant or Oden? Well, it’s going to be Oden then Durant. That was fun.

I haven’t mentioned LOST on this site since the season finale, but the season of rumors has been a lot like LOST. At the time, you have no idea what’s going on and you live in fear that something shocking or cataclysmic could happen at any moment. But then, after whatever happens, you can look back and see what you should have paid attention to or ignored all along. In other words, it’s all about hindsight. 20/20.

Here’s your moment of levity funny but sad draft related news of the day. Big Baby!

We will have more stuff today, attend the draft tonight and cover it accordingly, deal with the aftermath tomorrow, and then…