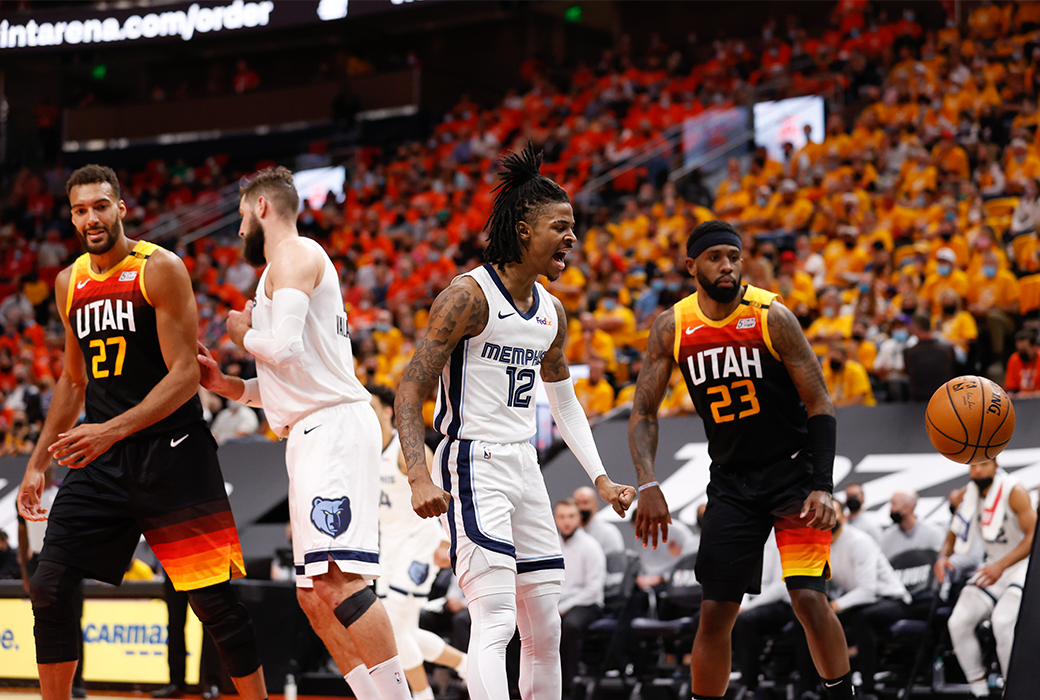 Back in March, we posed the question, “is Ja really like that?” It seems that Grizzlies guard Ja Morant made the answer clear as day in his 47-point historical game 2 performance against the Utah Jazz on Wednesday.

At one point in the 2nd quarter, Morant attempted to defy gravity single-handedly but was no match for Rudy Gobert’s timely block. Do you think that stopped the former ROY? Nah. It was clear that Ja was on his Grizzly.

“I’m not afraid,” Morant says, per ESPN. “I mean, that’s his job: to protect the rim. My job when I’m attacking the rim is to go finish. Obviously, he got a good block, but as you seen, I was right back inside the paint.”

According to Tim MacMahon of ESPN, Morant managed to drop double-digit points in every quarter of Game 2, bringing the Grizzlies back from a 20-point deficit in the third to a 2-point Jazz lead. Morant was 15-of-26 from the floor and 15-of 20 from the free-throw line.

His spectacular 47-point performance is the most in NBA playoff history by a player 21-years of age or younger, as well as a franchise record for the playoffs. The only other players to drop 40 in the postseason include previous LeBron James (45), Magic Johnson, Tracy McGrady, and Luka Doncic.

Morant has also placed himself on the list of greats who scored the most points in their first two career playoff games.

“Honestly, it’s not that surprising,” Jazz guard Donovan Mitchell says, per ESPN. “He’s a gamer. He goes out there and competes…Tonight, he was aggressive from the jump. At a young age, for him to be able to have that is definitely special. That’s something that I respect about him and about his game. He doesn’t quit.”

Although Morant finished with 47 pts, 7 dimes, and 4 rebounds, he still wasn’t satisfied with how the night ended. The Grizzlies were outscored by the Jazz in a 141-129 Game 2 loss tying the match-up 1-1.

“We lost,” Morant says, per ESPN. “Obviously it wasn’t enough.”

The Game 3 faceoff will take place on Saturday, with the Grizzlies having a home advantage.