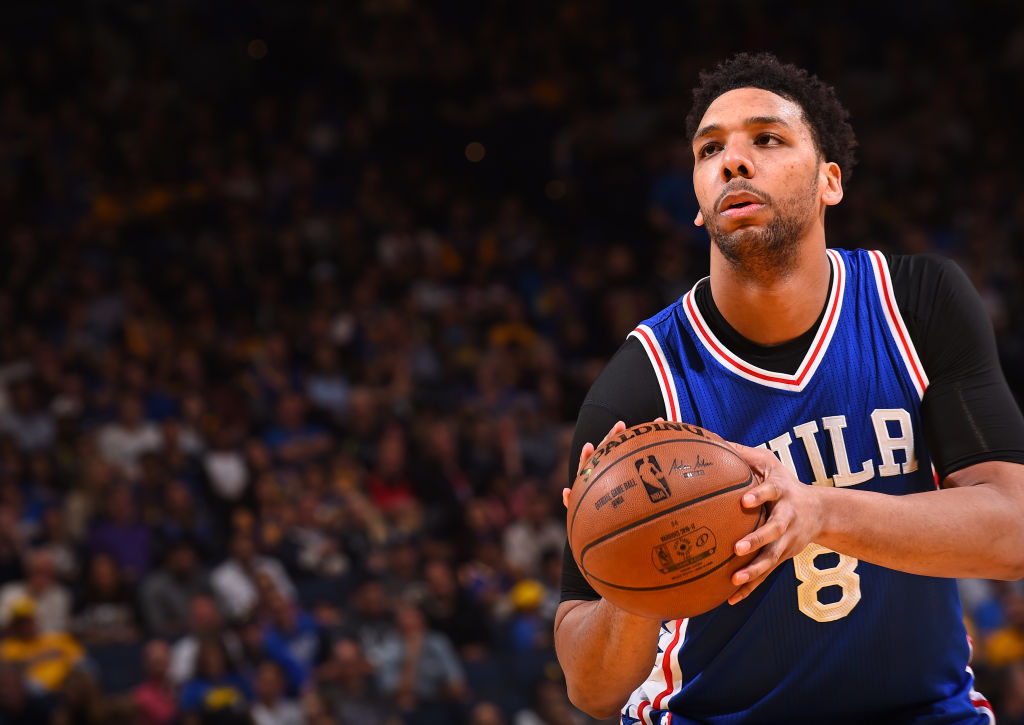 Jahlil Okafor‘s first two years in the NBA have been frustrating, but despite the incessant trade chatter last season, Okafor says he “couldn’t be happier” in Philadelphia.

#Sixers Jahlil Okafor on allowing himself to think about playing in another #NBA city pic.twitter.com/OOj8aNLYeW

The 21-year-old lost ten pounds this summer, and envisions himself as being part of the Sixers’ promising future.

The big fella averaged 11.8 points, 4.8 rebounds and 22.7 minutes in 50 games last season, but knee soreness kept him out of the final 11 ballgames.

The Sixers could again boast a glut of big men. While Nerlens Noel was traded to the Mavericks last Feb. 23, Joel Embiid, Richaun Holmes, Okafor and veteran free agent signee Amir Johnson should all be in the mix for the 48 center minutes.

While Okafor being leaner should help his agility, he’s not an ideal fit for Brett Brown’s uptempo system that is better suited to athletic guys who can fill the lane than half-court offensive players.

With that in mind and coming off of a frustrating second pro campaign, Okafor, the No. 3 pick in the 2015 draft, admitted he has thought about the possibility of being in another city.

“I have,” Okafor said. “I hear trade rumors and stuff like that. I realize that having a new scenario, you think it might be better than it is right now. But when it comes to the NBA, all I know is wearing a Sixers uniform.”