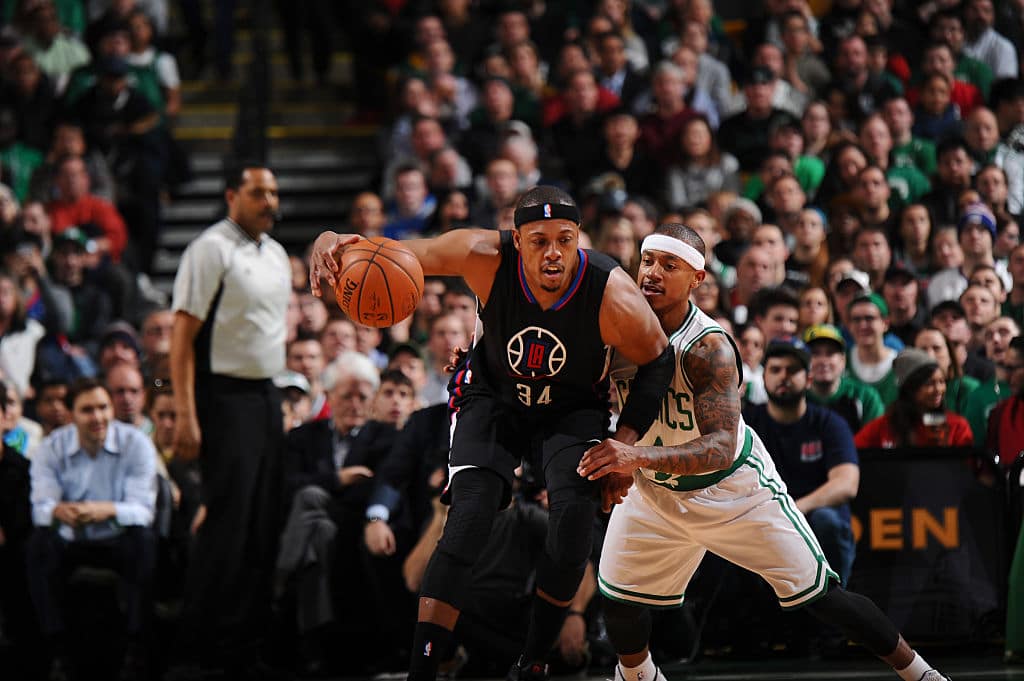 Jalen Rose called Paul Pierce “petty” to his face about making such a big deal over the Celtics possibly running a video tribute for Isaiah Thomas the same night they retire Pierce’s jersey retirement.

Pierce spoke to Boston’s front-office and insisted that they scrap the I.T. tribute.

Thomas graciously asked the team not to go ahead with the clip.

“Danny [Ainge] and I talked about it for 40 minutes,” Pierce explained to ESPN early Tuesday afternoon. “He told me, ‘This is what we have planned,’ and at the end of the conversation, he said, ‘If you don’t want us to do Isaiah, we won’t.’ So I told him, ‘I really don’t.’ So that was it. That’s how we left it.”

Earlier in the day, before Thomas’ tweet, Pierce explained why he objected to plans to honor Thomas on Feb. 11.

“(Thomas) had a shot to be honored,” Pierce said. “You came to Boston. Whether you are playing or not, you should have had your tribute then. I just don’t see how, if someone is having a jersey retirement, they’re going to be running other tributes for other players.

“Danny tried to sell me on it, but I told him, ‘He had a shot, Danny, and he punked you on it. He pretty much dictated everything.’ They let it happen because they felt sorry how (the trade to Cleveland) went down. It’s guilt. That’s what it is.”

Related
Kevin Garnett To Paul Pierce About His Jersey Retirement: ‘Isaiah Who?’