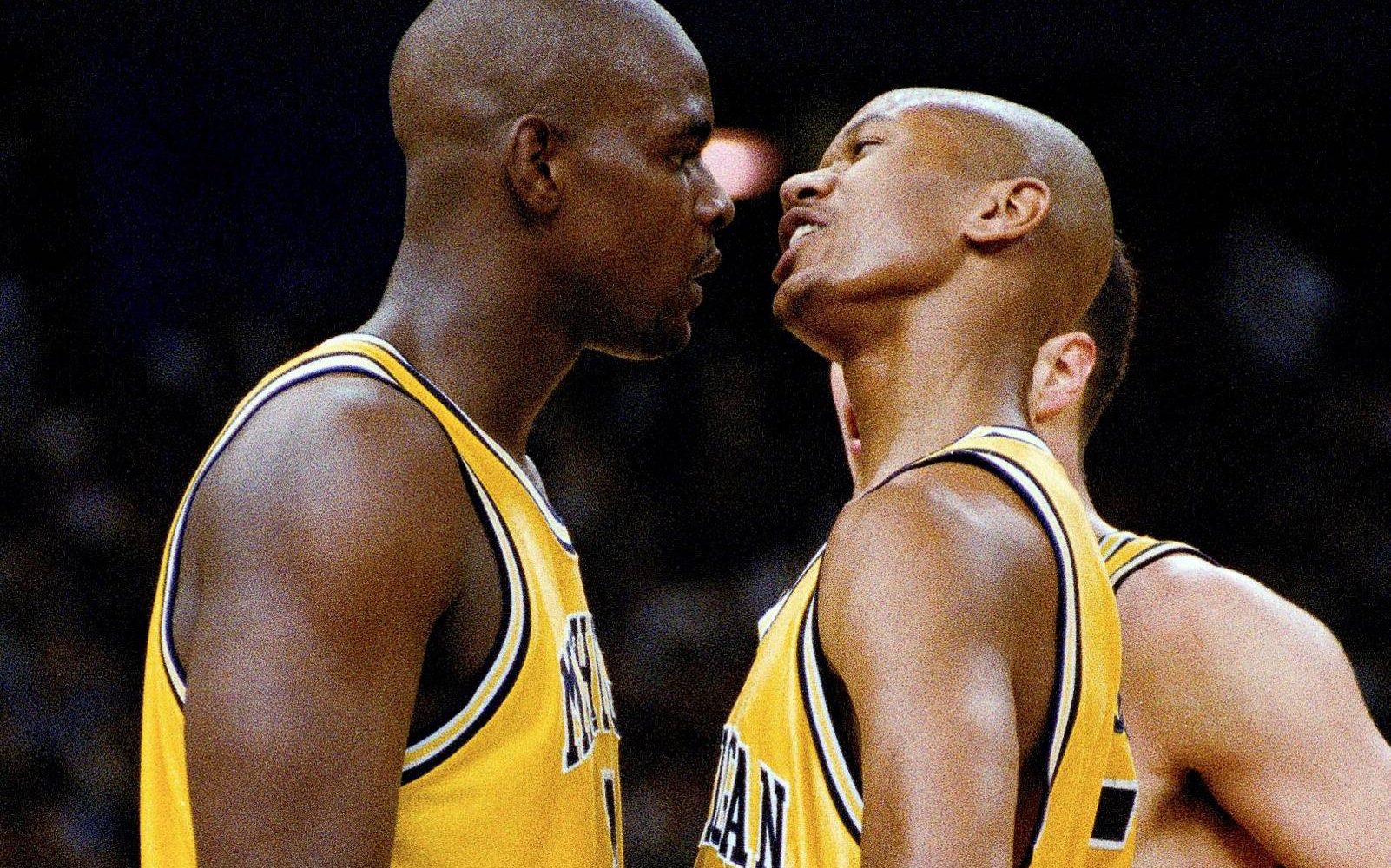 Jalen is still waiting for C-Webb to apologize for his role in the Michigan hoops scandal. Per HoopsHype:

How do you feel about the new Fab Five documentary Chris Webber is going to do? JR: “It’s not a legitimate documentary if the other four guys don’t participate.”

Nobody asked you to participate? JR: “I haven’t heard anything about it except from the media. And the other four of us, when you look at the national championship game, we’re together. When you watch my Fab Five documentary, we’re together. So about his project coming, best of love and can’t wait to see what happens.”

When was the last time you spoke with Chris Webber? JR: “I heard through mutual friends that he’s upset that I said that I feel like he should have come out and apologize for some transgressions that happened at the University of Michigan. But I still stand behind that. Also I’m disappointed how the relationship with [Michigan booster] Ed Martin ended. Ed, unfortunately, in my opinion basically died of a broken heart. So while we’re still brothers and I hope that we’re going to make amends… One of the great things of being teammates and friends is we should be able to speak openly and honestly. And hopefully he finds a way to realize and apologize about what happened in Michigan. It ain’t just about you. It’s about the players, it’s about the coach. Steve Fisher coached in three finals and won a championship in Michigan. You go in that campus, his name is nowhere. So it’s bigger than just him. And the fans deserve it, the history of the University of Michigan deserves it. And all he had to do is say two words. It’s not brain surgery. They are ‘I’m sorry.’”