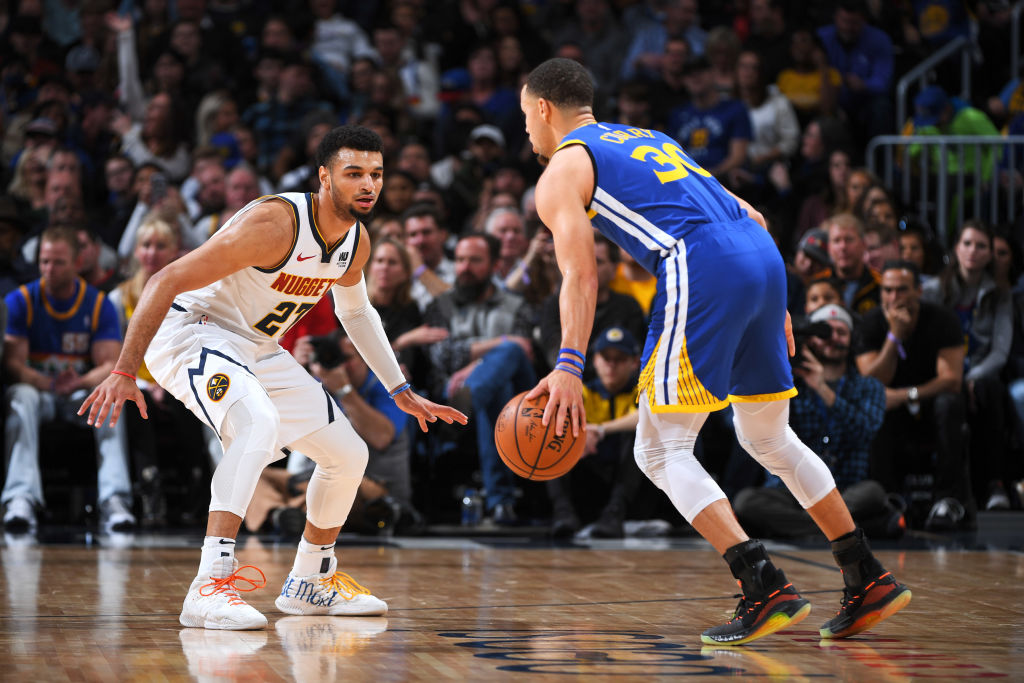 After only playing in five games during the 2019-20 NBA season, it’s easy to forget about Steph Curry. One person who hasn’t forgotten his greatness is Jamal Murray, who recently said that Curry is the most difficult player to guard in the entire NBA.

This says a lot, especially coming from a guy like Murray who is an excellent defender. In an interview with Ashley Nevel earlier this week, Murray explained why Curry is the toughest guy to guard in the league.

Steph Curry might be the best three-point shooter in NBA history, but as Murray mentioned, he can beat you at all three levels. Whether it’s from beyond the arc, in the mid-range, or with a crafty finish around the rim, he’s dangerous from everywhere on the floor.

It makes complete sense that Murray would say Curry is the toughest cover in the NBA. Over the course of his career, Curry has averaged 23.5 points per game on .435 from deep.

There’s no question that next season he will remind us all just how good he is as he looks to lead the Warriors to yet another NBA championship.