James Harden and Chris Paul Team Up in Drew League 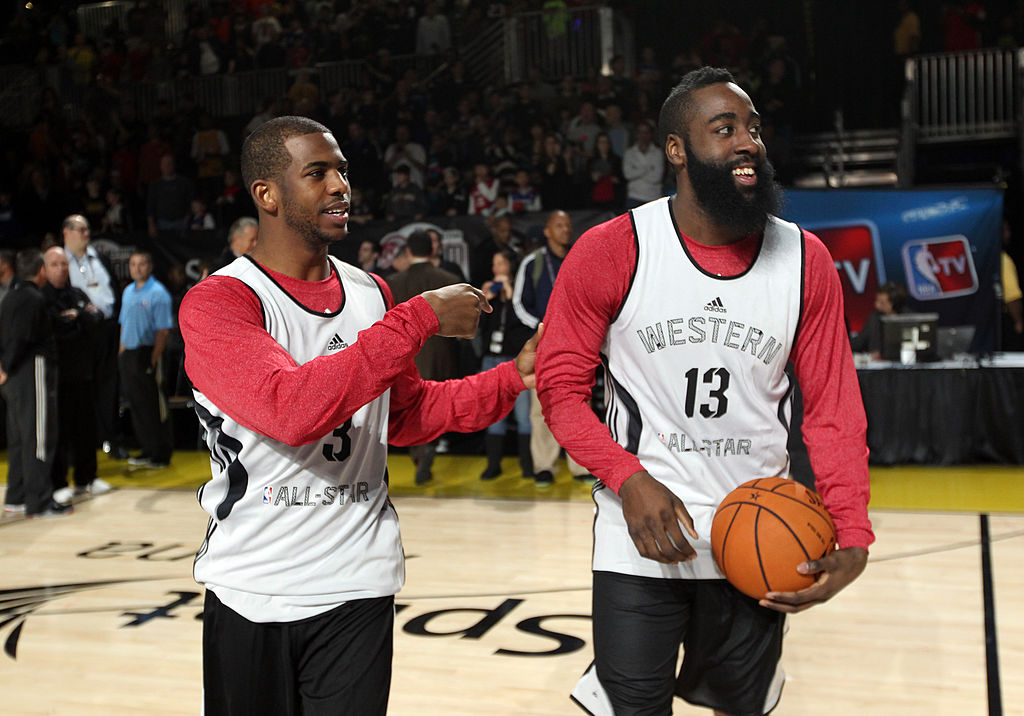 The hoops world got its first glimpse of the newly-formed duo of James Harden and Chris Paul on Sunday, as they teamed up for a Drew League run.

(Russell Westbrook was a no-show.)

The line snaked around King-Drew Magnet school as early as 8 a.m. on Sunday. Nearly 10 hours later, over 1,500 people filled the gym. About 500 people were left standing outside eager to catch a glimpse.

Paul and Harden declined to speak to reporters afterward. But Drew League commissioner Dino Smiley echoed the thoughts of many that saw what transpired.

“There was a lot of energy,” Smiley said. “It was draining, intense and unbelievable to have NBA stars on the field. It was fantastic, a great evening.”

Drew League officials anticipated Oklahoma City Thunder guard Russell Westbrook would play, which would set up a matchup with Harden after beating him for the regular season’s MVP award. But officials were informed Russell did not want to play after experiencing some minor ailments in recent days. It’s not clear if Westbrook will play when the Drew League All-Stars (featuring Raptors guard DeMar DeRozan and Golden State forward Nick Young) host Jamal Crawford’s Seattle pro-am team at Southwest College on at 7 p.m. on Wednesday.