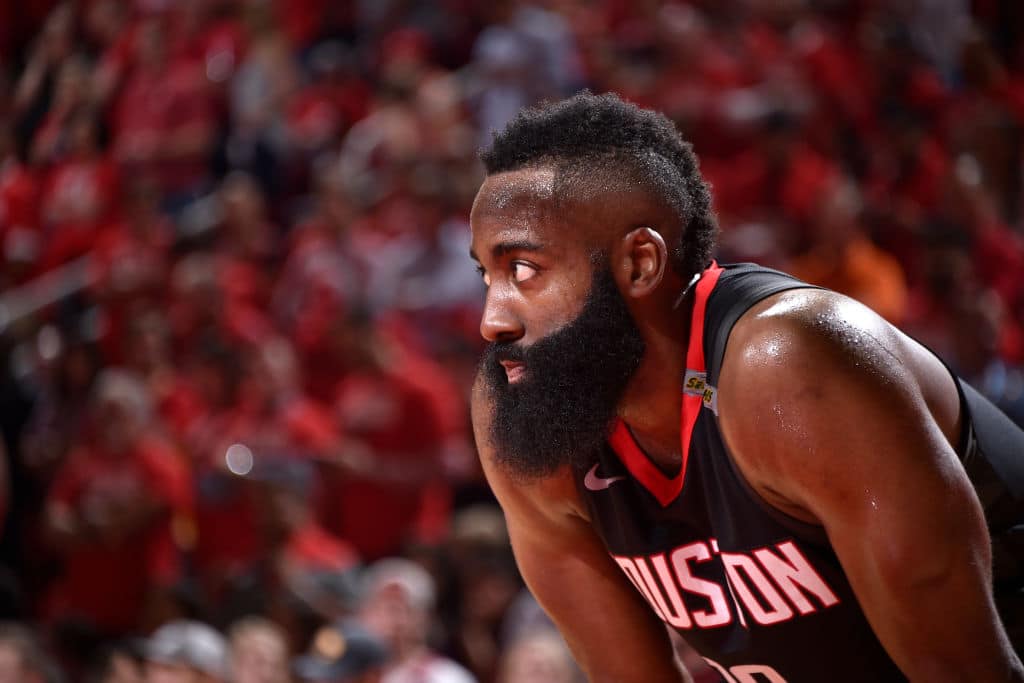 James Harden has bricked 19 of his 22 three-point attempts in Games 4 and 5 of the Western Conference Finals, both wins for the Rockets.

“Who cares,” Harden told reporters Thursday night, insisting that the only thing that matters is the final score against the Golden State Warriors.

With Chris Paul’s status yet-to-be determined for Game 6, Houston will need The Beard to make a few more shots in order to reach the NBA Finals.

Going back to Game 4, Harden has missed his past 20 3-point attempts, the worst drought of his career. He said he doesn’t feel as if anything is off mechanically with his shot, however.

“Nothing,” said Harden, who finished with 19 points on 5-of-21 shooting in Game 5. “I’m just missing shots. But we’re winning, and I’m trying to compete on the defensive end and do other things to help my team win. But if we’ve got a guy like Eric Gordon making shots and being aggressive, who cares?”

Harden was 5-of-9 from 3-point range during his 41-point performance in the Rockets’ Game 1 loss to the Warriors. Since then, he has made only 8 of 44 3-point attempts, but Houston coach Mike D’Antoni wants Harden to continue aggressively taking those shots.

“Boy, he’s due, right?” D’Antoni said. “Next game he might make 10 straight, right? The thermostat will go off.”