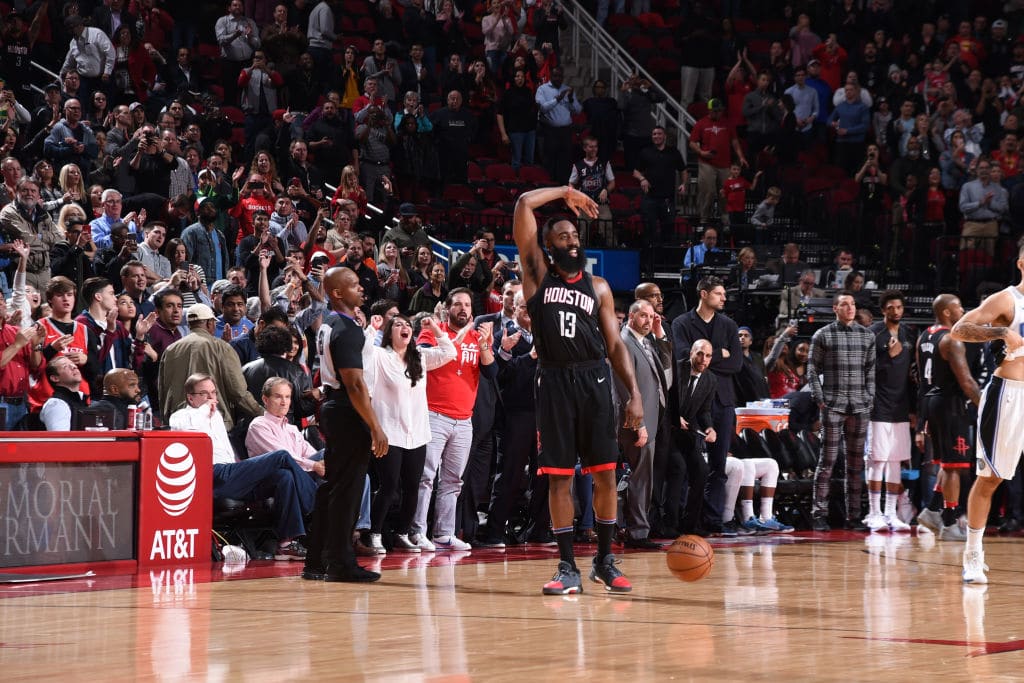 Prior to Tuesday night’s game, one of James Harden‘s former Rockets teammates told him to score 60 points, so he went out and did just that.

Harden added 10 rebounds and 11 assists while leading Houston past the Orlando Magic 114-107, and became the first player in NBA history to have a 60-point triple-double.

“I just gave it all I had tonight,” Harden said. “We all did. We all fought for 48 minutes, we got key stops when we needed to and we made big shots.”

Harden said he hadn’t realized he had made history last night.

“It’s a good feeling, I guess,” he said. “Just try to go out there and make an impact every single night on the game, however I can. Whether it’s scoring, rebounding, assists, steals, whatever it is. And tonight I guess I was doing everything.”