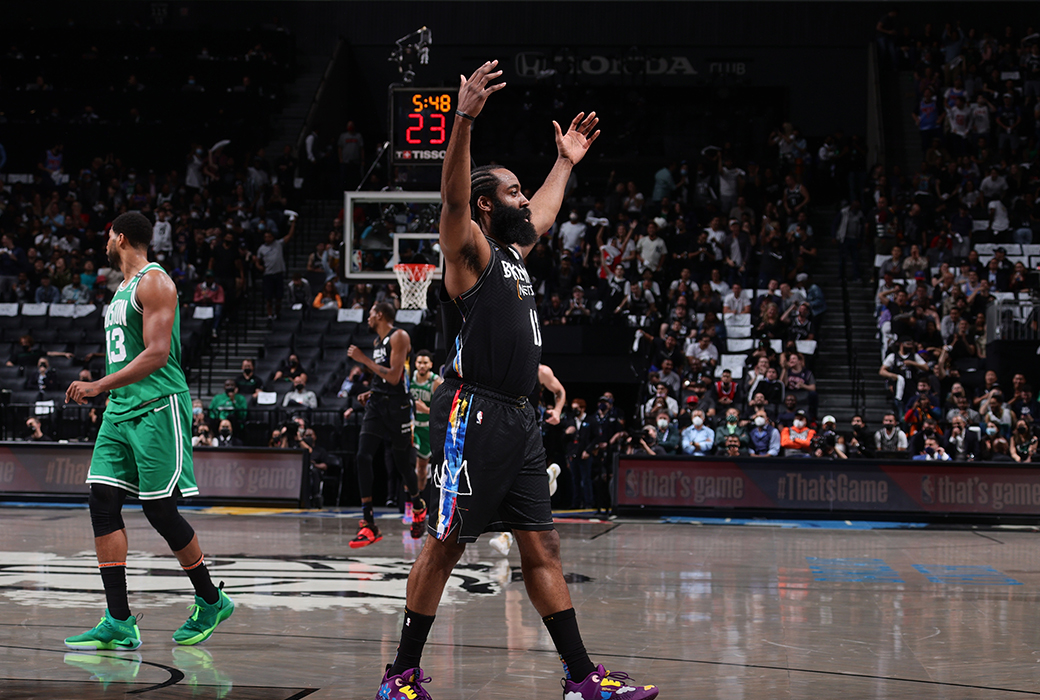 James Harden was orchestrating the Brooklyn Nets offense last night with a conductor’s cadence. The Nets point guard has successfully filled the role of an All-Pro quarterback, reading the defense like they are safeties and corners in the 130-108 Game 2 win over the Boston Celtics.

Yet the perennial ball-handler for this star-studded roster just achieved another great playoff feat. Harden has now moved up to 6th on the all-time playoffs threes made list, making him the second current Brooklyn player on the list. He did so on just 12 attempts from the field—eight of which were threes.

“It’s not about scoring for me,” Harden said. “It’s about doing everything else. Ultimately we got the win so that’s all that matters. Joe had it going tonight, we all knew that. … Whatever it takes to win, we’re willing to do.”

Congrats to @JHarden13 of the @BrooklynNets for moving up to 6th on the all-time #NBAPlayoffs THREES MADE list! #ThatsGame pic.twitter.com/Oowitx9sie

By the time this seasons playoffs wrap, Harden could very well surpass both Manu Ginobili and potentially Klay Thompson on the list.

Harden will get another chance to move up to #5 on the list on Friday when the Nets travel to TD Garden to face the Celts in Game 3 of the series.