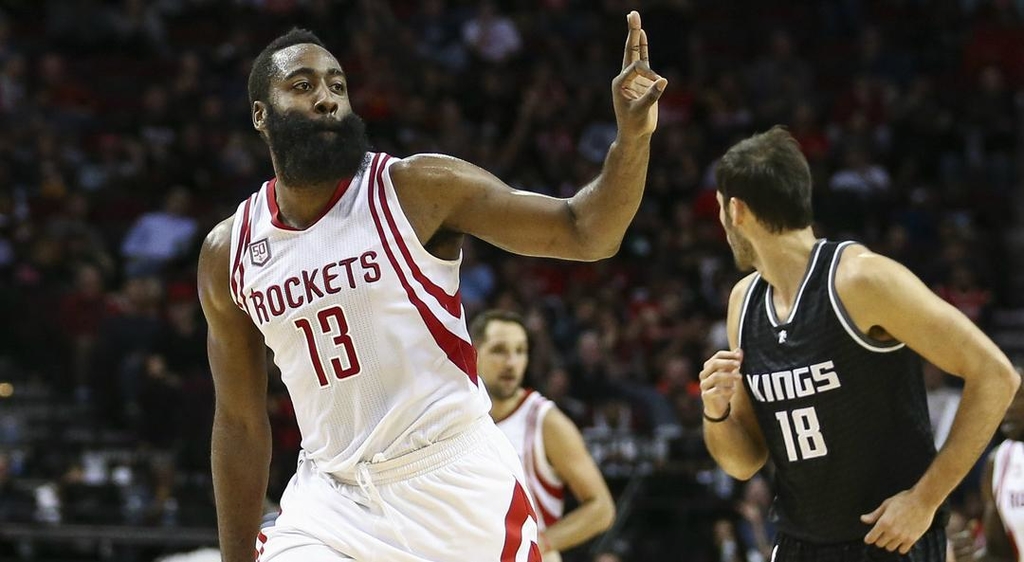 James Harden and Hakeem Olajuwon each have 14 triple-doubles under their belts as members of the Houston Rockets, and The Beard did it in considerably fewer games.

The Rockets rode Harden’s fifth triple-dip of the season (15 points, 11 rebounds and 14 assists) to a 132-98 beatdown of the visiting Sacramento Kings for their eighth win in a row.

The fans wanted the Rockets to take a place in NBA history. […] But the team fell short, hitting 22 3-pointers for the third most in NBA history. But the players barely seemed to notice. Getting it one day seems as inevitable as this rout had become with Kings star DeMarcus Cousins sitting out, given a day of rest.

Though Montrezl Harrell and (Sam) Dekker took turns bending rims, dunks were out of fashion. The Rockets moved the ball to collect 40 assists, their most since getting 44 in February 1995. The game even brought a milestone with Harden needing just three quarters to get his fifth triple-double of the season, piling up 15 points, 14 assists and 11 rebounds to tie Hakeem Olajuwon’s franchise record of 14 career triple-doubles.

“Obviously, all-time Rockets great, the best … to put on a Rockets uniform and then one of the best to play basketball period,” Harden said. “I am honored.”