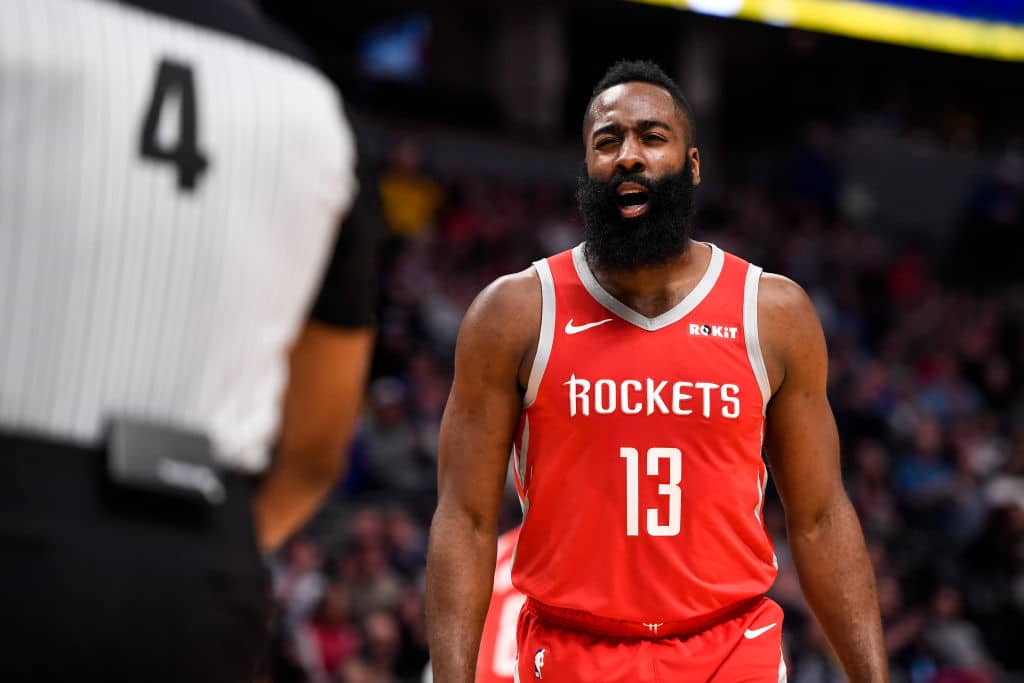 Harden’s advice for critics is simple: “Embrace it.”

“I’m tired of hearing that’s a travel, from coaches, from other players, from haters, fans, whatever you want to call it,” Harden said. “Embrace it. It’s going to be here for a while, whether it’s from me, whether it’s from somebody else that I pass it along to or that work in the gym and create and try to impact the best game in the world.”

With the NBA seeking to better define what is and — when it comes to James Harden’s much-celebrated and debated step-back 3-pointer — what is not a travel, Rockets coach Mike D’Antoni happily said the discussion should be over.

“It shouldn’t have been a point (of discussion) at all, period,” Harden said. “The moves that I do and I create are not travels or the referees who get paid a lot of money and are the best at what they do would call a travel. Any of my moves that I do on the perimeter have never been called for a travel. I don’t understand where this whole traveling thing comes from, just because it looks awkward or it looks different from what the world is used to, that’s called being a creator, that’s called changing the game.

“So, live with it. Hopefully, your favorite players will start doing it, too.”

Related James Harden: ‘I Want My Step-Back to Be One of Those Moves That Last Forever’