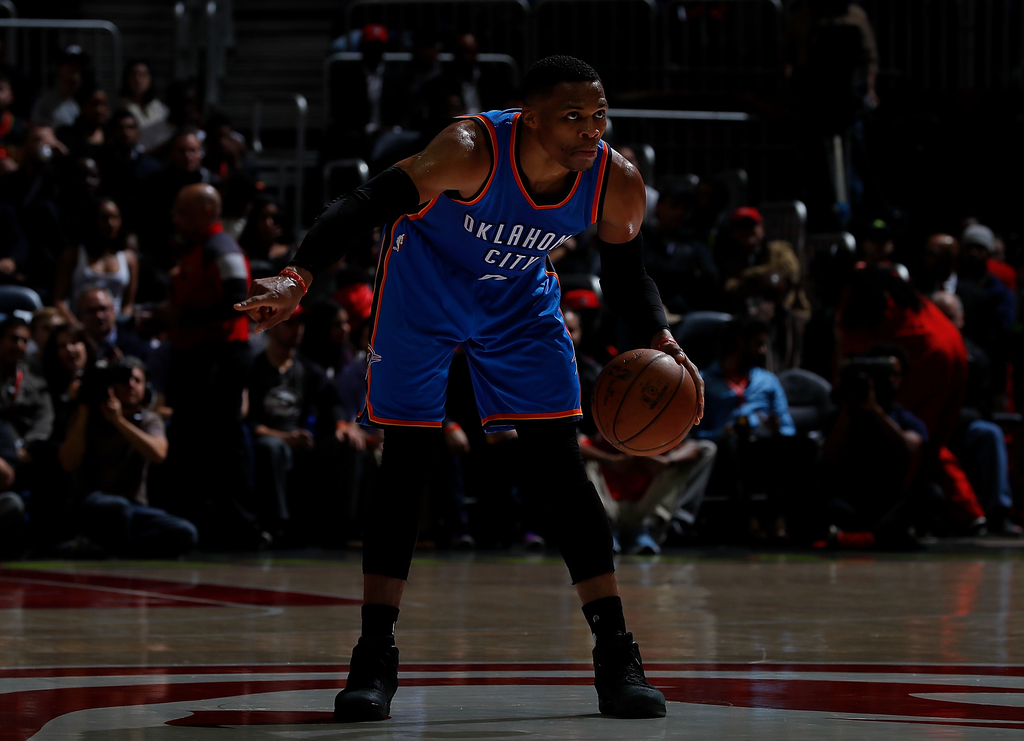 Jason Kidd, who knew a thing or two about triple-doubles during his Hall of Fame playing career, believes Russell Westbrook could mess around and average one this season.

Westbrook is aiming to become the first player since Oscar Robertson in 1961-62 to do so.

Jason Kidd said we are witnessing "a special player" who can average a triple double this season https://t.co/nph9baUNtu https://t.co/3r5rXIg8MV

Through 22 games so far, Russ is putting up 31.0 points, grabbing 10.9 rebounds and handing out 11.3 assists per night (and has also registered six consecutive triple-doubles.):

“It can be done,” Kidd said of averaging a triple-double in a season, a feat not seen since Oscar Robertson did so in 1961-62. “I have always said I think it could be done. You got to have a special player, and I think we are looking at a special player.”

“He is athletic,” Kidd said. “[But you need] guys scoring the ball [on your team]. Assists is hard to get. But understand he is doing this without KD. That is what makes it even more special.” […] Kidd ranks third on the all-time triple-double list behind Robertson (181) and Magic Johnson (138). Westbrook is currently sixth, with 47 career triple-doubles, and is 12 behind Larry Bird (59). Wilt Chamberlain is in fourth with 78.