Jaylen Brown: Celtics ‘Getting to the Finals’ 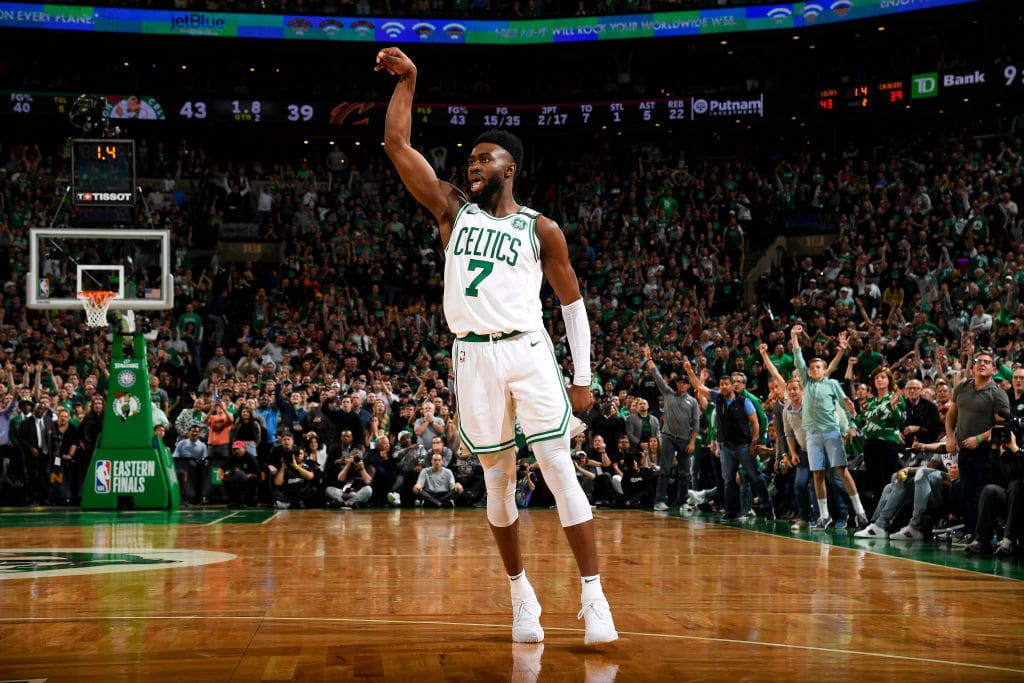 Jaylen Brown says there is “no question about” Boston reaching the NBA Finals next season.

Brown tells CJ McCollum that the Celtics will be playing for the title in June, 2019.

Per Pull Up with CJ McCollum:

“Oh, we’re getting to the Finals,” Brown said. “No question about it.”

“At the end of the day it doesn’t matter if we’re the favorites in the East or we’re predicted to win 10 games in the East. We’ve got to come out and play. It’s simple.”

The 21-year-old adds that the C’s were determined to get past LeBron James before he bolted from the Eastern Conference:

“I hate how everybody is like, ‘Oh, LeBron’s gone in the East,'” Brown said. “I know he did have a strong hold on the East for the last seven years but he barely got us out of there this year. And our mindset was like, ‘Man, he’s not beating us again.'”