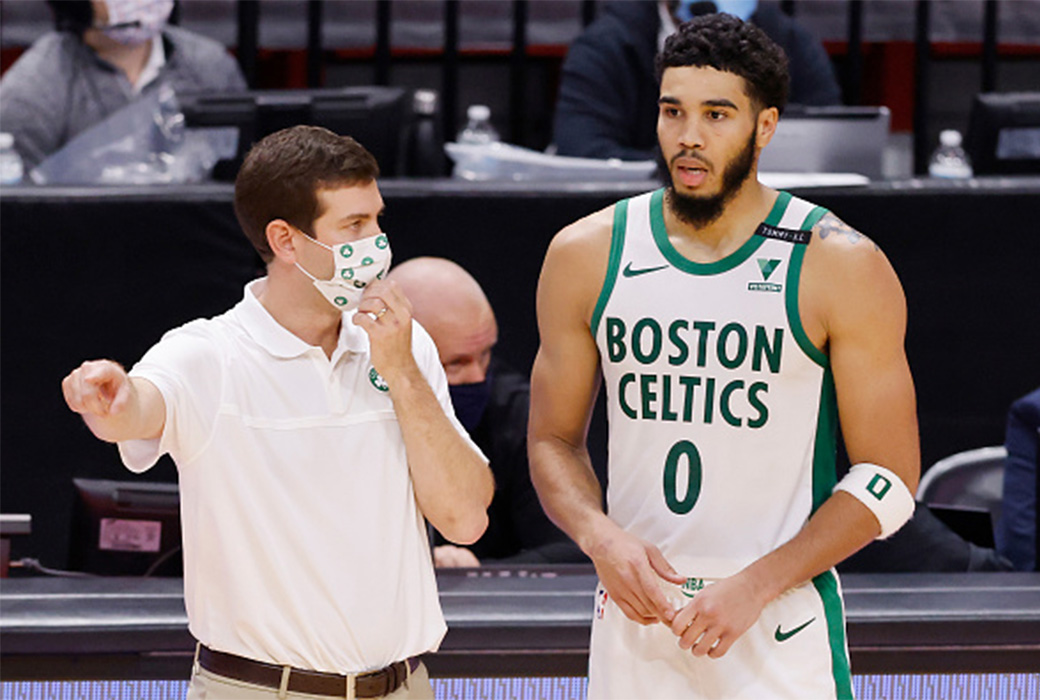 The Boston Celtics have had a tough 2020-21 season. The Celtics are currently 15-17 and the ninth seed in the Eastern Conference.

Because of the team’s poor play, some have speculated that Celtics’ head coach Brad Stevens could be on the hot seat if he is unable to turn things around.

Jayson Tatum is not one of those people. In an interview with Boston.com’s Tom Westerholm, Tatum defended Stevens and says that blame doesn’t fall solely on the coaching staff.

“Brad is great,” Tatum said. “He always has us prepared. It’s not like the lack of preparation with us, or game planning, or not knowing what we need to know, from a coaching standpoint.”

“We’re all one team. So everyone has to take some take some blame, but Brad does more than his part. And I’m a big believer that there’s still other guys on the court that have to make the difference. So it’s not like it’s Brad’s fault.”

The Celtics are currently in the midst of a three-game losing streak and have a record of 5-9 during February. Coincidently, guard Marcus Smart has also missed the entire month of February due to a left calf tear, playing most recently on January 30, in a 96-95 loss to the Los Angeles Lakers.

Tatum, however, pushed back against the notion that Smart’s absence from the lineup is the reason for their slump, saying, “I feel like we still have enough to win games.”

The Celtics will look to bounce back tonight as they play their penultimate game of the month against the Indiana Pacers.