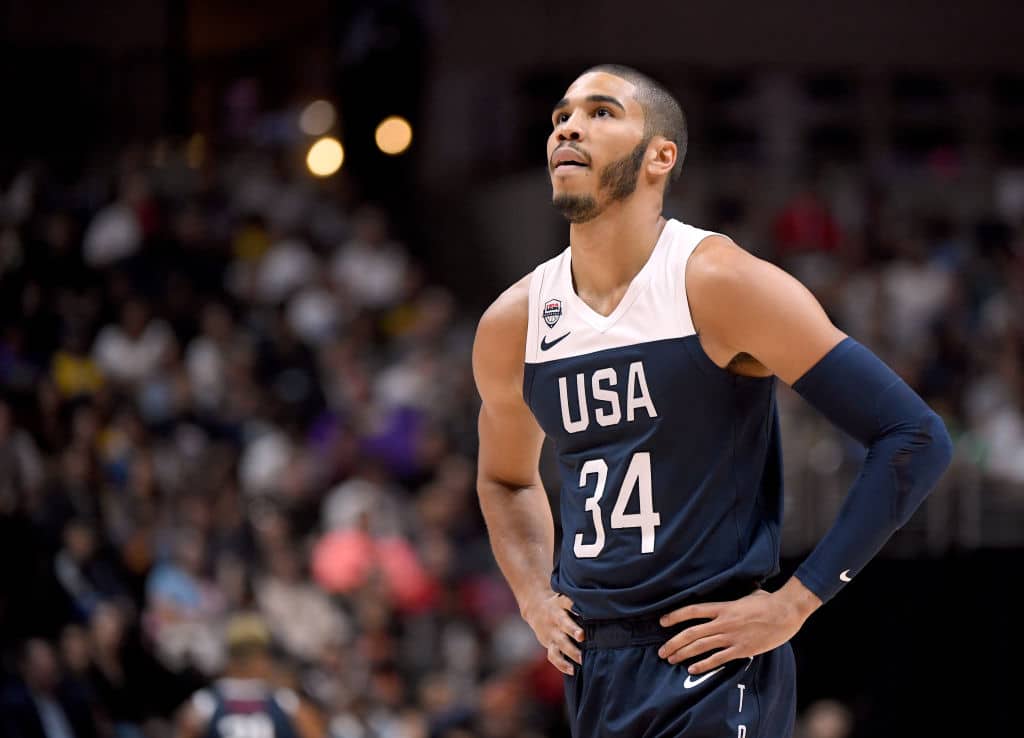 Update #1, Sep. 4: Tatum will miss the next five days’ worth of FIBA action, Marc Stein of the New York Times reports. He’ll be re-evaluated on Sep. 9.

The American national team eked out a victory in FIBA World Cup play this morning but Boston Celtics forward Jayson Tatum rolled his ankle in the final minute of overtime action, immediately casting doubt on his availability for the rest of the tournament.

While the official update stated that the 21-year-old had sprained his left ankle and he did miss the remainder of the contest, he’s since spoken with the media and quelled some concern.

Joe Vardon of The Athletic tweeted that Tatum is moving under his own power and says the ankle feels better than it did at the time, while Gary Washburn of the Boston Globe adds that Tatum reportedly texted Celtics coach Brad Stevens to say that the injury didn’t appear to be serious.

Tatum, who finished the matchup against Turkey with 11 points, is in line for a big season with the Celtics and, according to ESPN’s Brian Windhorst, will be re-evaluated on Wednesday.