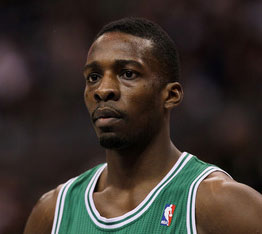 Georgetown announced the major gift towards the school’s new athletic center on Thursday. Per CSNNE:

The Boston Celtics forward’s gift will go towards the John R. Thompson Jr. Intercollegiate Athletics Center, named after the former Hoyas coach who also spent three seasons in the NBA with the Celtics.

“I’m very fortunate to be in a position to give back to the university and to the program that has done so much for me,” said Green who led the Hoyas to the Final Four in 2007 and was selected by Boston with the No. 5 pick that same year.

Green left Georgetown early, but did return to finish his degree in English, with a minor in Theology, in 2012.