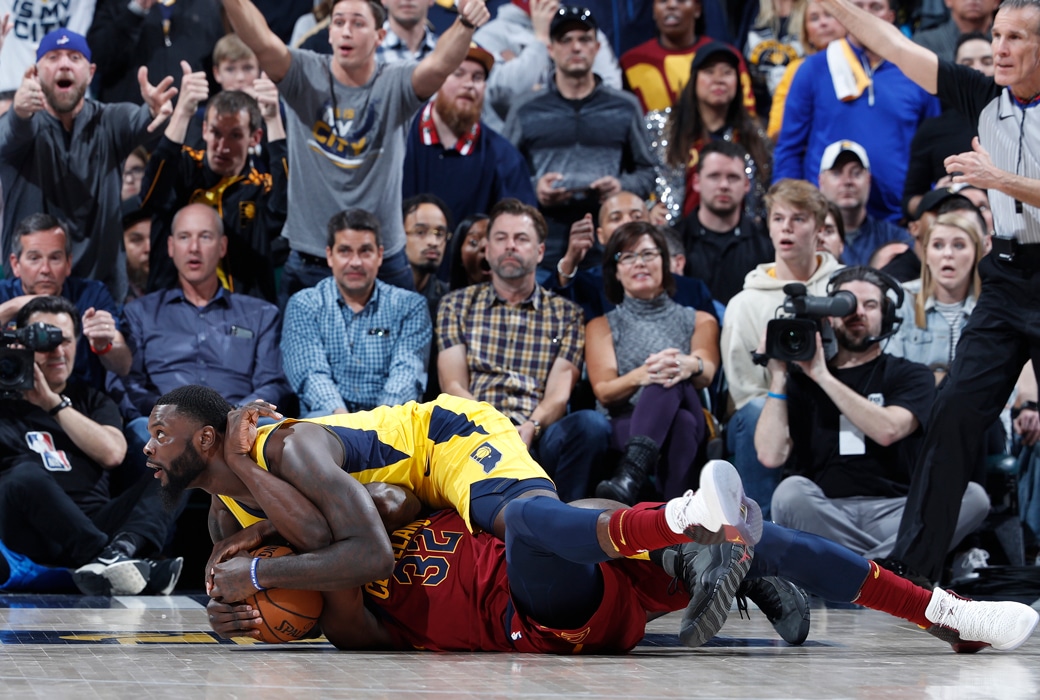 With Indiana trailing Cleveland 103-100 in the final seconds of Game 4, guard Lance Stephenson tried to force a jump ball with forward Jeff Green.

The aggressive Stephenson ended up wrestling Green to the floor and getting whistled for a foul.

Green stepped to the line and calmly sunk a free throw, helping the Cavs secure a 104-100 victory to even the series at 2-2.

Afterwards, Green talked to ESPN‘s Dave McMenamin about the altercation:

“Honestly, it was nothing,” Jeff Green told ESPN after Stephenson was called for a foul on him with 9.0 seconds left in the game when he tried to force a jump ball and ended up bringing Green to the floor. “I mean, I may have reacted because I’m not going to allow him to do what he did, but other than that, it’s nothing.

Game 5 is Wednesday at 7pm ET in Cleveland.