Jeff Hornacek: Knicks Close to Being a Playoff Team 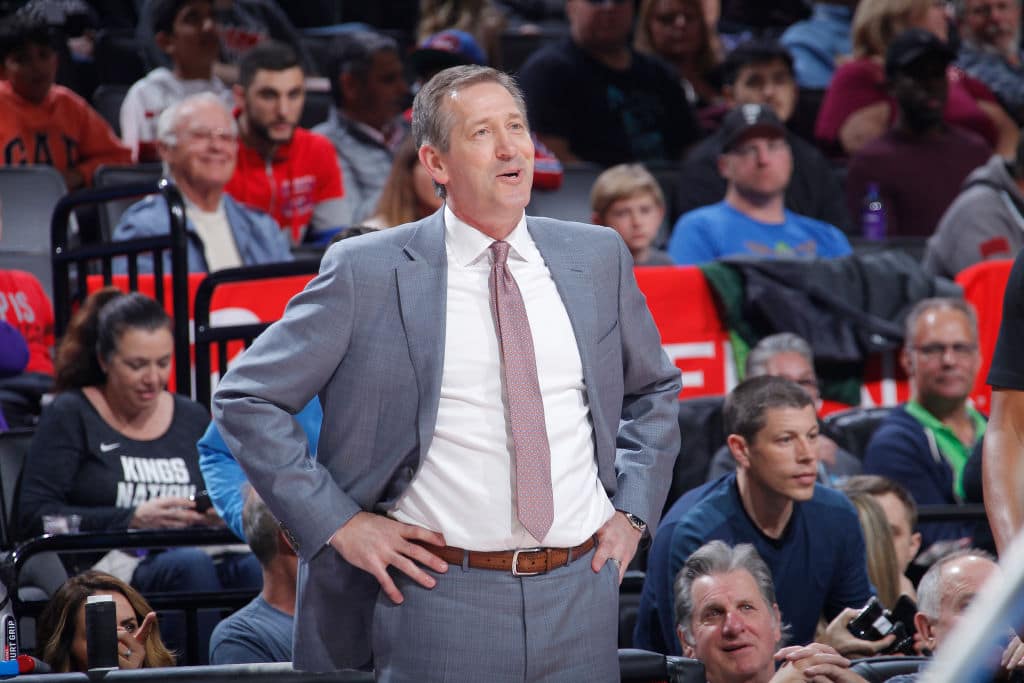 Despite an ugly 28-53 mark, Knicks head coach Jeff Hornacek doesn’t think New York is that far away from being a playoff squad.

Jeff Hornacek believes the Knicks are close to becoming a playoff team: "We’re not that far away." https://t.co/9Y9LmtPFoZ

Hornacek, whose future with the team is uncertain, blames injuries for the Knicks’ disappointing record this year.

As the season nears a close, Hornacek said the thing he’s most proud of is how the players have continued to stay together and play hard.

“Sometimes when you get late in the season guys are cashing it in,” Hornacek said. “All of our guys wanted to continue playing, to play hard. You could get selfish during that time and just try to score but they didn’t.

“We had 33 assists the other night. We had 30 the last game. We had 26 [Monday]. So it’s not like they’re just going out there saying ‘I’m just going to do something for myself.’ They still stayed within what we wanted as a team. And that’s what the coaches are asking.”