The man known as Jeffrey Gamblero was an artist with an unrivaled passion for basketball and the Brooklyn Nets. 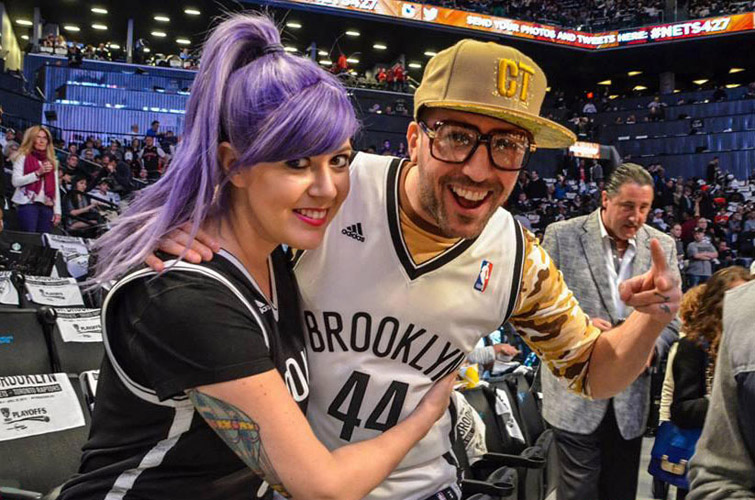 When you think of basketball super fans, a few stark images come to mind; Spike Lee draped in the orange and blue of his beloved Knicks, Jack Nicholson with his arms and legs crossed court side at a Lakers game or Chris Farley scarfing down polish sausage in Chicago Bulls gear. A lesser known, but just as vibrant, super fan passed away last December 14 after complications from a fall. His name was Jeffrey Vanchiro, and he was as big a Nets fan as there’s ever been.

Jeffrey Vanchiro, better known as Jeffrey Gamblero, a nickname he earned while playing professional poker, was the heart and soul of the Brooklyn Nets fan base, a soon to be husband, and a venerable graffiti artist, spraying for the now legendary Smart Crew. “The word that best describes the Smart Crew is diversity,” explains Queens based hip-hop heavyweight and longtime friend of Vanchiro’s, Meyhem Lauren. “If you see a group of people walking down the block that look like they shouldn’t know each other, that’s probably the Smart Crew,” he said. The Smart Crew originated in 1997 when like-minded individuals came together to start a movement and used the streets as their creative outlet.

Shortly after, Vanchiro, already a deeply respected graffer, joined the crew spreading his positive creative energy to anyone he came in contact with. The unique ring of trust that graffiti artists share because of the constant concern of being discovered by the police created a brotherhood within the Smart Crew that has lasted almost 20 years. Vanchiro went by the tag name Korn, an homage to the 90’s Nu Metal band that he listened to heavily in his youth. He got into the graffiti scene after his mother gave him the groundbreaking book, Subway Art, when he was 10 years old. When he was around 16, he began etching his name into the windows of the old Green Line Buses and tagging anything he could reach. In the early 2000’s he accomplished perhaps his most impressive and risky piece on a building in Times Square. What made this piece so special was the fact that it could be seen every day on Total Request Live because the building was directly across the street from MTV Studios. The placement of the tag was calculated and only solidified his reputation for picking the hardest places in the city to create his art. “He could fit his bubble K in spots that others couldn’t,” said longtime friend and Smart Crew member Victor Ving. Twenty years later, Korn, or his signature bulbous K with sinister eyes tag can be seen sprayed on abandoned buildings in all five boroughs and in art galleries across the city.

Over time, the crew has expanded to some 50 members, hailing from across the United States and Europe, all of whom recall their late friend as a person who was a forward thinker and wanted to see everyone reach their potential and shine. “At a Nets game, if Jeff shook 500 hands, I shook 500 hands,” adds Meyhem. Vanchiro’s love for life and desire to see others enjoy themselves made people gravitate towards him. During Nets games, his boisterously colorful antics brought joy to the crowd and energy to the team. He would never be without his signature Gamblero Nets number 44 jersey, funky 8-bit styled Wayfarers, and an optimistic air that was impossible not to notice. At every home game, he could be seen on the Jumbotron trying to pump up his fellow fans. A game did not go by in which he wasn’t using the moves that he perfected from being a veteran of the New York City underground dance scene to liven up the crowd. He danced to bring happiness to others. All he cared about was putting a smile on another person’s face. It got to the point where kids would approach Vanchiro to take pictures with him and dance near him because they knew they would get some time on the Jumbotron.

All of the things he cherished in life came down to one common denominator, improvisation. Vanchiro adored the game of basketball because of its randomness and moments where players create a spectacular pass or shot from a broken down play. Basketball, dancing, graffiti and poker, are played through one’s soul and in order to excel at any of those things you must be able to work with what you are given and he understood that.

Vanchiro’s love for techno music and clubbing eventually introduced him to the love of his life, Kristi Evans. Kristi and Jeff met on the dance floor through a mutual friend. They danced throughout the night and both knew that they wanted to spend the rest of their lives together. Later on, when Vanchiro revealed that he had a prosthetic leg, Evans was shocked; as were others when they found out, but that was simply his personality. He always made the best out of every situation. “He would take circumstances that were negative and turn them into something positive,” his heartbroken fiancé explains. “Adversity lead to his positive outlook.”

After recovering from the loss of his leg and working nonstop to regain the ability to walk, Vanchiro started to take graffiti more seriously and began to paint his feelings onto the city. He learned how to use his art as a way to vent his frustrations into something constructive and imaginative. “He saw the world as a beautiful place that he wanted to decorate,” Evans says.

Vanchiro’s pollyannaish nature is a major reason why he quit poker. He believed the game was too negative and since he’d already won a substantial amount of money in World Series of Poker-sanctioned tournaments and other events, he decided to focus his full attention on his art and fanhood.

When Vanchiro had a goal, he made it his main priority. Everything from learning how to walk again, dancing, graffiti, poker, being a fan, lover, son, father, and all around good person, he did not stop until he was the best at it. He wanted world peace and was certain that he could change the world by spreading positivity to every person that he met. Vanchiro was not always a Nets fan. Due to a few unpleasant encounters and over a decade of terrible front office moves, he decided to take the 3 train from Madison Square Garden to the Barclays Center and ditch the New York Knicks for the newly relocated Brooklyn Nets. He saw the move to Brooklyn as a way to wipe the slate clean and start over, but this time he went all in. Vanchiro and Evans became such a fixture at Nets games that Nets management flew them on the team plane when they played in London last season. The Nets won 127-110 and Vanchiro and Evans were then, unofficially, throned the king and queen of all Nets fans, a position he held dear to his heart until his untimely death.

Since Vanchiro’s sudden death, graffiti artists from all over the globe have been paying respect by tagging his signature, blown-out K on buildings in their respective cities. The hashtag #kornlives has flooded social media outlets with tributes to the late artist. Even the team he loved honored the late super fan by wearing warm-up shirts donning Vanchiro’s number 44 and Gamblero nickname, a video encapsulating his personality and magnetic aura, as well as a moment of silence to pay respect to the leader of the Nets fan base before the Miami Heat game on December 16. Additionally, Nets players took it upon themselves to place a picture of Vanchiro on the wall of their home locker room, only exemplifying the impact that he had on the team.

Vanchiro made it clear that although someone may die and are physically no longer in our day-to-day lives, energy is something that doesn’t have an expiration date. His positive outlook and overall love for life has been broadcasted into the universe and will continue to inspire those who are lucky enough to hear his story or see his art. Now the ball is in our court, to carry on his legacy and spread positive energy and acceptance of every kind of person today in hope for a better tomorrow. Korn lives in us all.

Joseph Zollo is an English teacher and basketball coach at Brooklyn Democracy Academy, with a freelance writing and photography career on the side. 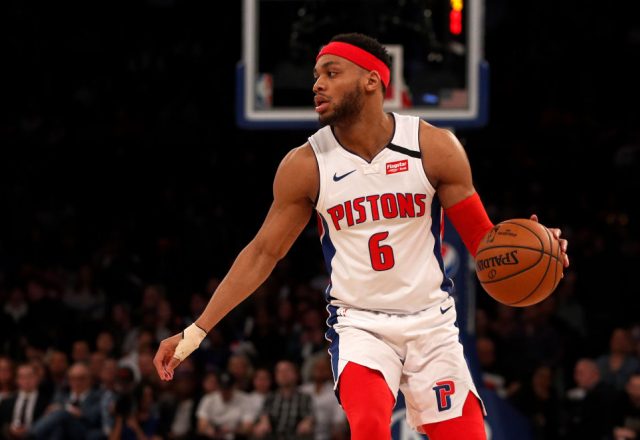