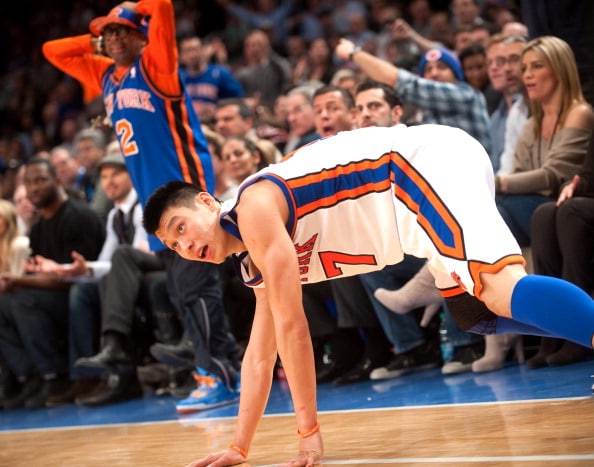 Jeremy Lin is among the players without a deal in free agency and the 30-year-old point guard admits that remaining without a team is something that weighs on him.

“Free agency has been tough cause I feel like in some ways the NBA’s kind of given up on me,” said to the media in Taiwan (h/t Chicco Nacion of The Score).

Lin started last season with the Hawks, backing up Trae Young and helping the No. 5 overall pick develop as a player. Lin agreed to a buyout with Atlanta during the campaign and signed on with the Raptors where he won a championship but didn’t have a consistent role.

Lin has had several stops since coming into the NBA, proving over and over again that he belongs in the league. However, he’s never reached the kind of success he had in New York. Linsanity was a product of preparation and the right opportunity, an event that had to be witnessed in real-time to fully understand the phenomenon.

Lin made his debut back in 2010 with the Warriors. During the 2011 offseason, Golden State let him go, as they were pursuing DeAndre Jordan among other free agents. The Rockets picked Lin up but waived him in order to ink Samuel Dalembert.

Heading into the 2011-12 campaign, the Knicks’ point guard situation was troubled with Baron Davis injured and an older Mike Bibby left as the only healthy point guard on the roster (Iman Shumpert and Toney Douglas proved to better suited for other positions). The franchise decided to give Lin a shot over pursuing other veteran options.

It wasn’t until February of 2012 that the Linsanity era began with the Taiwanese-American point guard producing 25 points off the bench against the Nets. Injuries forced Carmelo Anthony and Amar’e Stoudemire to hit the sideline and Lin was given the reigns of the offense over the next few weeks. He impressed, hitting game-winning shots and going toe-to-toe with stars like Kobe Bryant and John Wall.

The run came in the midst of a lockout-shortened season and it gave hope to fans of the franchise that had been longing for a point guard of the future. Linsanity was unexpected but revered; the movement was euphoric but quickly dissembled, as coach Mike D’Antoni stepped down roughly a month after the era began and New York’s new system no longer highlighted to Lin’s strengths.

It has been seven years since the point guard lit up Madison Square Garden. It has been nine since the Harvard Graduate made a name for himself during Summer League play.

“I’ve given more of myself to God every single year and every year it gets harder,” Lin told the media in Taiwan. “And in English, there’s a saying and it says, ‘once you’ve hit rock bottom, the only way is up.’ But rock bottom just seems to keep getting more and more rock bottom for me.”

Lin’s career includes stops in Houston, Los Angeles, Charlotte, Brooklyn and Atlanta in addition to the New York. The 6’3″ guard is simply a man looking for his next opportunity; a nine-year NBA veteran looking to make it to his tenth season.