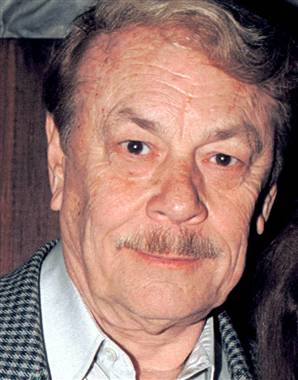 I didn’t watch the MLB All-Star game last night, instead, I went to a strip joint. Hear me out.

A good friend of mine is getting married this summer. He’s going to Africa to get hitched, and with the summer being a hectic mess, we didn’t get a chance to set up a proper bachelor party for him. As such, we hit an (ahem) gentleman’s club last night. There was only one problem: He didn’t show up.

He gave us some bullsh*t excuse about needing to finish packing for the big trip overseas, but we all knew that wifey was keeping him from hitting the town with his boys. Marriage, it’s terrific!

So, we all drank a little too much, and secretly feared for own future lives as married men.

(Say what you will about strippers, but those girls are brave. How many of you would have the courage to stand up in front of a room full of leering strangers and disrobe? I don’t care how many lines of blow you do in the bathroom before hitting the stage, but it takes guts to get up there.)

-Jerry Buss, a man whose seen a gentleman’s club or two (I’m sure), has pleaded not guilty to two misdemeanor counts of drunk driving. After he was spotted driving on the wrong side of the road, and then failing a field sobriety test, Buss was arrested on May 29th. See, this is what dealing with Kobe on a daily basis will do to you.

-In other drunk-driving news, Robert Hite is looking to earn himself a spot in the League after being falsely arrested on a drunk-driving charge and losing a roster spot in Miami last year.

-LeBron is looking to bring the funny at the ESPY’s. James and Jimmy Kimmel are co-hosting the glitzy affair tonight and it’ll air on Sunday night. From the AP:

“I’m not really a comedian,” James said after rehearsals Tuesday. “I’m just a funny person. All my stuff is kind of on the fly. I’m all about doing things that are unexpected.”

-According to his coach, Antoine Walker is doing fine after he was robbed at gunpoint.

“It had to be a terrifying ordeal for him, but he’s OK,” said Pat Riley.