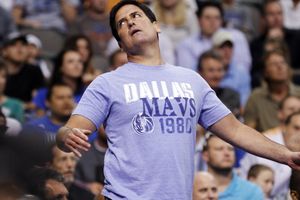 “So he’s basically saying it’s OK for our players to play internationally if the money goes to the NBA and to the team owners. That’s the difference.”

Under terms of the agreement FIBA has with the IOC, any monies made during international competition basically lines the pockets of the IOC. That, in effect, is why Cuban believes the IOC is using the NBA to fatten its bank account. […] “I’m not sure there’s a debate necessarily,” Colangelo said. “I think there’s some opinions that may lead to some debate that takes place among the owners. We can only deal with the facts as they are. Players are allowed to play, owners are not to dissuade them from playing — it’s all part of an agreement. And as long as the rules are as they are, we’ll continue on that basis until it changes.”