Jerry Sloan: Not Looking Forward to Series with Lakers 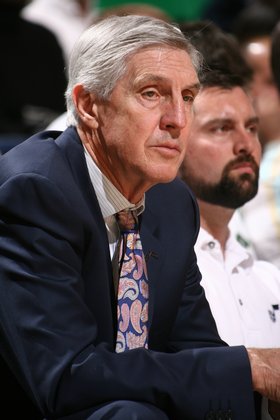 Thanks to a relatively easy 13-point win last night, the Lakers` opponent in the opening round of the Playoffs was confirmed: the Utah Jazz. The eighth-seeded Jazz are obviously facing an uphill battle, and not too many (sane) people expect them to pull off the upset, least of all their own coach.

Ol` Jerry, in his postgame comments to the press corps, didn`t sound too enthused about the upcoming postseason matchup. The Salt Lake Tribune reports:

Sloan wasn`t alone in feeling this way; his players pretty much felt the exact same way about what`s about to go down, starting on Sunday.

I apologized before sharing the 3-47 all-time record of No. 8 seeds with Kyle Korver and he answered with no small amount of sarcasm: “I mean, No. 8 seeds are supposed to lose. That’s why it’s 1 vs. 8. But three teams did win. Someday there’s going to be a fourth.” What gives Korver encouragement?

“I mean, we just got beat, so I’m not going to sit here and be like, ‘We’ve got them.’ It’s not like we have that attitude,” Korver said. “We know them well. We’ve played against them a lot now. I think the series last year will probably help us out for this year.”

Utah: Where Reality Setting in Happens.