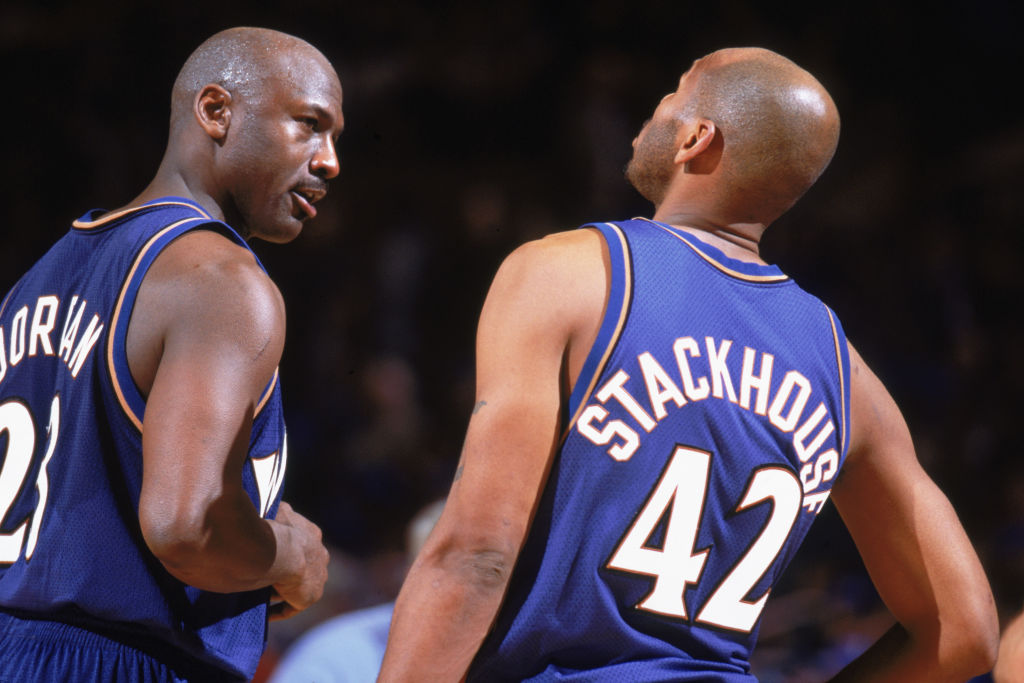 Jerry Stackhouse “lost a little bit” of the reverence he had for Michael Jordan when they became teammates in Washington during the 2002-03 campaign.

Stackhouse felt he was the “better player” at that point in their respective careers—it turned out to be MJ’s final NBA season—after being traded from Detroit to D.C.

The Wizards finished with a 37-45 record and missed the playoffs.

Per Sports Illustrated (via “The Woj Pod“):

“Honestly, I wish I never played in Washington and for a number of reasons,” Stackhouse said. “I felt we were on our way in Detroit before I got traded there. It was really challenging to be able to be in a situation with an idol who at this particular point, I felt like I was a better player.

“Things were still being run through Michael Jordan,” he continued. “[Head coach] Doug Collins, I love Doug, but I think that was an opportunity for him to make up for some ill moments that they may have had back in Chicago. So, pretty much everything that Michael wanted to do [we did]. We got off to a pretty good start and he didn’t like the way the offense was running because it was running a little bit more through me. He wanted to get a little more isolations for him on the post, of course, so we had more isolations for him on the post. And it just kind of spiraled in a way that I didn’t enjoy that season at all. The kind of picture I had in my mind of Michael Jordan and the reverence I had for him, I lost a little bit of it during the course of that year.”

“It was good to have the experience of playing alongside one of your idols, to be able to get the camaraderie,” he told ESPN in 2013. “Nobody has more fun away from the game than Michael Jordan. He has fun. Whether it’s on the plane playing cards or going out to dinner or having fun. I don’t think people realize that about him because they see all the seriousness on the court, but he’s as funny and fun-loving guy as you’re going to see away from the game.”