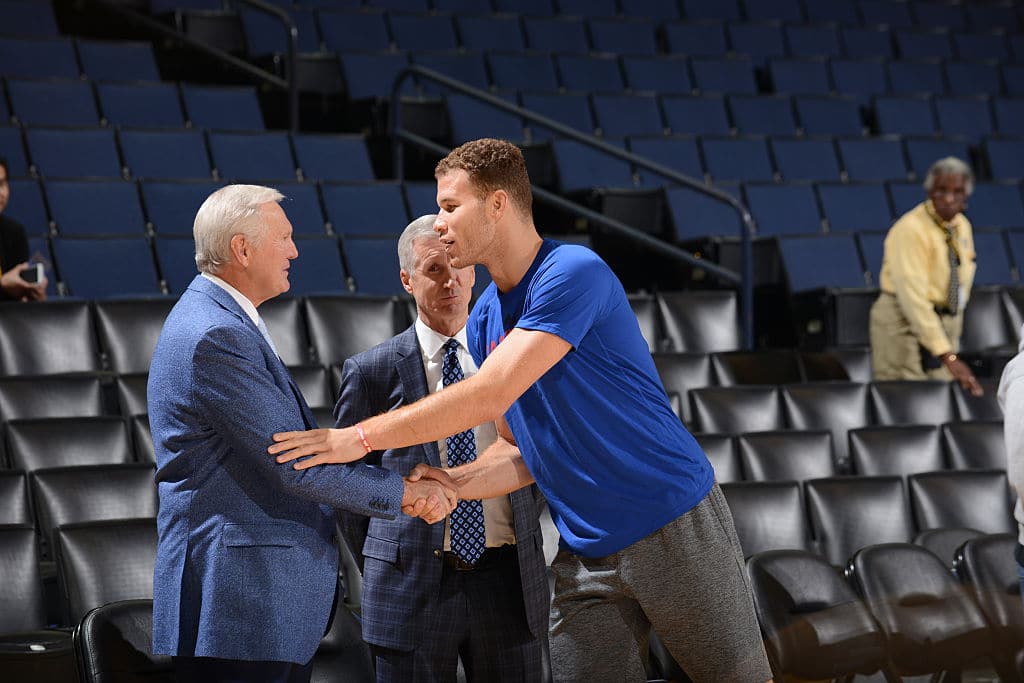 West, a front-office advisor to owner Steve Ballmer, says the Clips were going “nowhere” prior to shipping Griffin to Detroit in a blockbuster swap.

For Sports Monday in the @nytimes: As he readies to rep his new logo on the lottery dais — and with his 80th birthday looming at the end of the month — Jerry West takes us inside his life as a Clipper —> https://t.co/oQpNqcbB9q

West, 79, didn’t blink when trading a superstar the Clippers had recently given a five-year, $171 million contract extension.

“Don’t be afraid to make that tough decision if you need to,” Ballmer recalled West telling him.

“No one wants to do that, particularly with someone like Blake Griffin,” West says now. “It was very difficult for everyone, especially Steve, because he really liked Blake personally. But this franchise was really stuck. There was nowhere for it to go. You have to figure out how far away you really are and how we can get there.”

If that view makes West cold, too, he is prepared to absorb the criticism, responding with one of his pet phrases: “What is right is not always popular, and what is popular is not always right.”