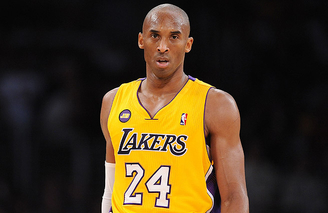 Los Angeles Lakers VP of player personnel Jim Buss is very confident that Kobe Bryant will soon be back on the basketball court.

The Black Mamba has said that he’s well ahead of schedule as he recovers from a devastating Achilles injury, and the Lakers’ front-office would bet on him being ready to go before the season even kicks off.

The Lakers vice president of player personnel revealed to NBA TV on Thursday that Kobe Bryant appears so far ahead of schedule in returning from a torn left Achilles tendon that he couldn’t help but pour all his chips into one scenario.

“I would bet a lot of money that this guy comes back probably in the preseason,” Buss said during the broadcast of the Lakers’ Las Vegas Summer League game against the Milwaukee Bucks at the Thomas & Mack Center. “He’s real sharp in taking care of himself. He’s not going to rush anything just to get back to prove a point. He’s going to come back when he is right. He’s a machine and is inhuman that way. I see him coming back at the beginning of this season. I can’t believe how much he progressed so far.”

When Kobe went down in mid-April, the timetable given for his return was six-to-nine months, though many suspected it would take the veteran superstar guard longer to suit up again.

As he continues to entertain fans on social media, the Los Angeles Lakers are wagering that Kobe Bryant will again be in uniform soon.