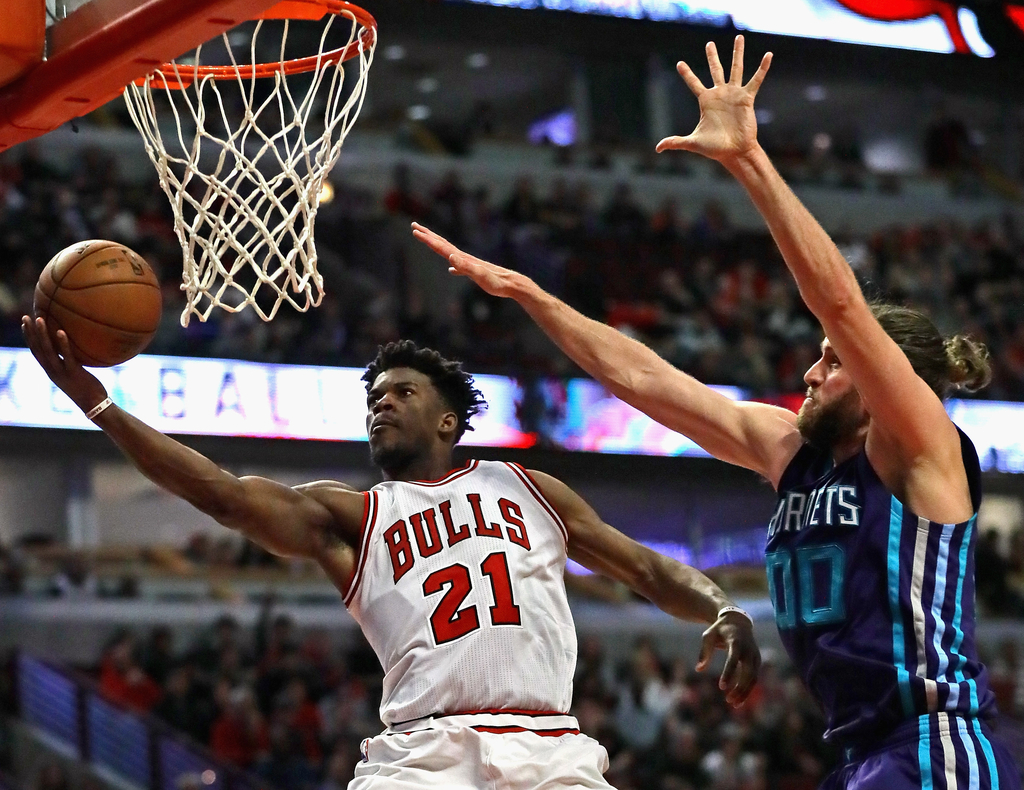 Jimmy Butler scored a season-high 52 points Monday night, to go along with 12 rebounds and six assists, leading the Chicago Bulls to a 118-111 win against the visiting Charlotte Hornets.

Butler became the first Bull to hang 50 in the United Center since Michael Jordan did back on April 27, 1997.

Dwyane Wade sat out his first game of the season due to injury (swollen left knee) and Rajon Rondo remained in head coach Fred Hoiberg’s doghouse.

Butler scored a season-high 52 points, his third 40-point outing of the season and one off his career high. He sank a career-high-tying 21 of his season-high 22 free-throw attempts. He shot 9-for-13 in the second half and scored 17 in the fourth quarter, drawing “MVP! MVP!” chants down the stretch.

“That’s a little over my head,” Butler cracked.

“It’s an understatement to say Jimmy was phenomenal,” coach Fred Hoiberg said. “He did it every which way. I loved his aggressiveness. He made huge plays down the stretch.”