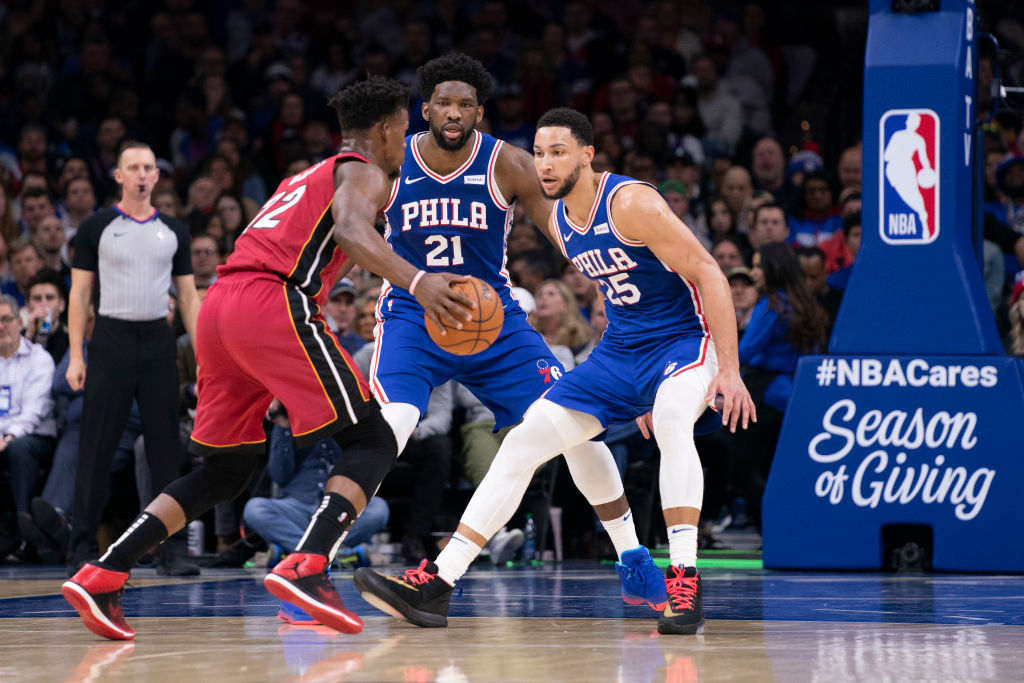 “Something happened” in Philly leading to Jimmy Butler‘s relocation to Miami as a free agent last summer, but he insists it had nothing to do with Joel Embiid or fellow All-Star teammate Ben Simmons.

“I didn’t have a problem with either one of them,” says Butler.

The 30-year-old has nicely integrated himself with a Heat squad that unexpectedly emerged as a force in the Eastern Conference this season.

One rumor Butler would like to dispel is the idea that he left Philadelphia because of tension with Ben Simmons or Joel Embiid.

“I didn’t have a problem with either one of them,” he says. “Still talk to those dudes. I wish them the absolute best. A career of great health, make as much money as you can, win as many championships as you can. I did not have a problem with any of those guys. It just didn’t work the way that we wanted it to work. That’s life. Not everything pans out the way you want it to pan out. But you learn and you move on from it.”

Butler isn’t interested in elaborating on what, exactly, didn’t work.

Likewise, asked whether he would still be in Philadelphia if the Sixers had offered him a five-year, $190 million contract in July, he says, “Nobody knows what was offered and what was said. You only know what the media told you.”

Related Jimmy Butler to Joel Embiid: ‘I Know a Place Where Villains Are Welcome’