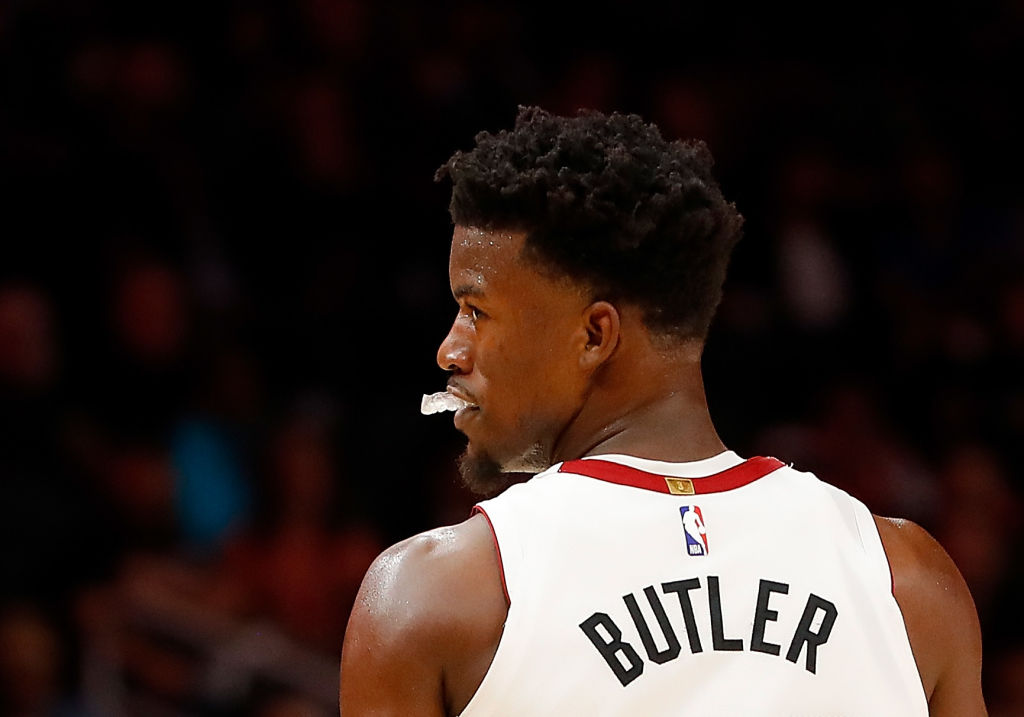 Jimmy Butler finds it disrespectful that people questioned his free agency decision to relocate to Miami this past summer.

“Mother——s act like I’m not a good basketball player,” Butler says, the implication being there’s no reason to doubt he can carry the Heat as unquestionably The Man in South Beach.

The 30-year-old four-time NBA All-Star adds that “nobody knows what really went on in Philly” last season that led to his exit.

“Mother——s act like I’m not a good basketball player,” Butler told Yahoo Sports. “Like for real. Just think about that. Like I can’t come in and make a huge difference. I’m not going to say ‘carry a team’ because nobody can do it by themselves and I mean that. I’m not putting it all on myself, but I know what I’m capable of. I know what I bring to any and all situations, and the group of guys that we have is the group of guys that I want to play with.

“When I look down the line and as we’re talking about it as an organization on this roster, I know what these guys are capable of. These guys are built like me. We’re one in the same and so they’re only going to get better and they’re not going to get complacent. This is me. I see myself in every one of these guys around this locker room.”

Butler was pressed on what happened [with the Sixers], but refused to shed more light on the situation.

“Just go with your gut. You’re not dumb. All of that will come out whenever it’s time,” he told Yahoo Sports. “Right now is not the time. I’m locked in with this. I’m happy, man. I’m smiling and my guys want me to be here, my organization wants me to be here, I want to be here and we’re going to ride this thing until the wheels fall off. I’m not saying Philly wasn’t great, man. We had some really good players. I talk to Joel [Embiid] damn near every f—–g day. It’s a brotherhood, man. I love that guy. I’m going to always have his back and I know he’ll always have mine.”