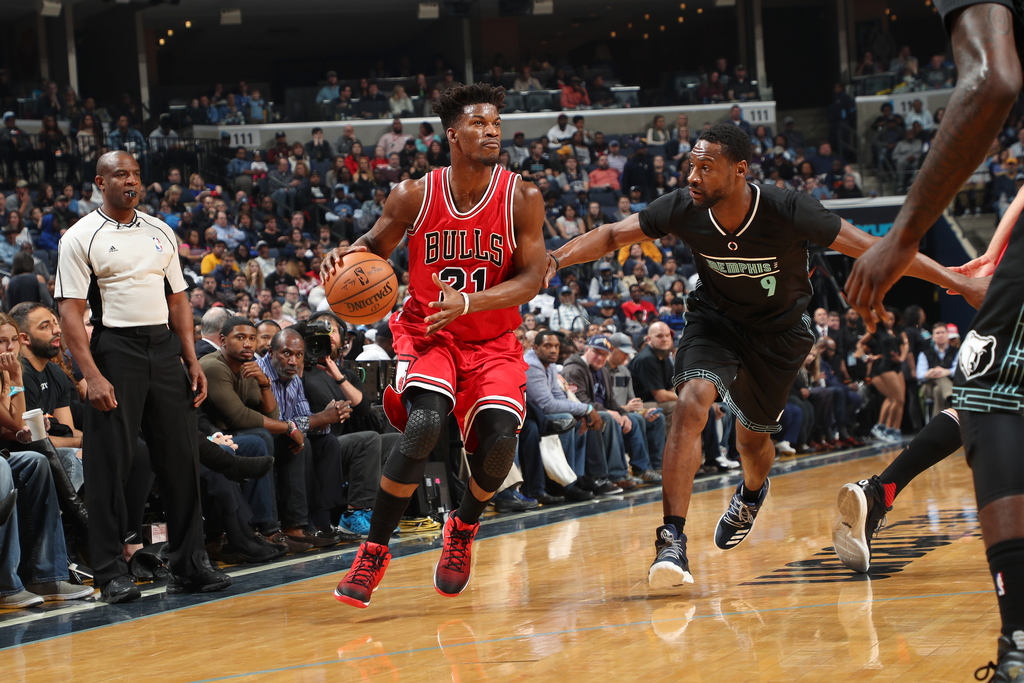 It was a bad idea: the All-Star guard scored nine of his 16 points in the final stanza, and led the short-handed Chicago Bulls to an unlikely 108-104 road victory.

Jimmy Butler came up huge in the clutch as the Bulls beat the Grizzlies, 108-104. https://t.co/TBBAtIouhc

“How are you going to do that to me?” the dejected fan said. “I’m sorry,” Butler responded. “I love you, man.”

“I love it,” Butler said of the back and forth with the fan. “That’s the reason you play the game. To win, there’s supposed to be a little bit of pressure on you. You got to deliver, you got to make some shots. You got to get some stops. I think everybody in here wants that. They want to feel that pressure and deliver. It feels good.”

As Butler quickly walked off the floor after the game, the Grizzlies fan who spent the night heckling Butler was left to wonder what might have been. Before heading to the exits, the fan said something to one of his buddies. It’s a common mistake that fans all over the league have made all season when they try to yell at Butler during games. […] “I pissed him off,” the fan said.