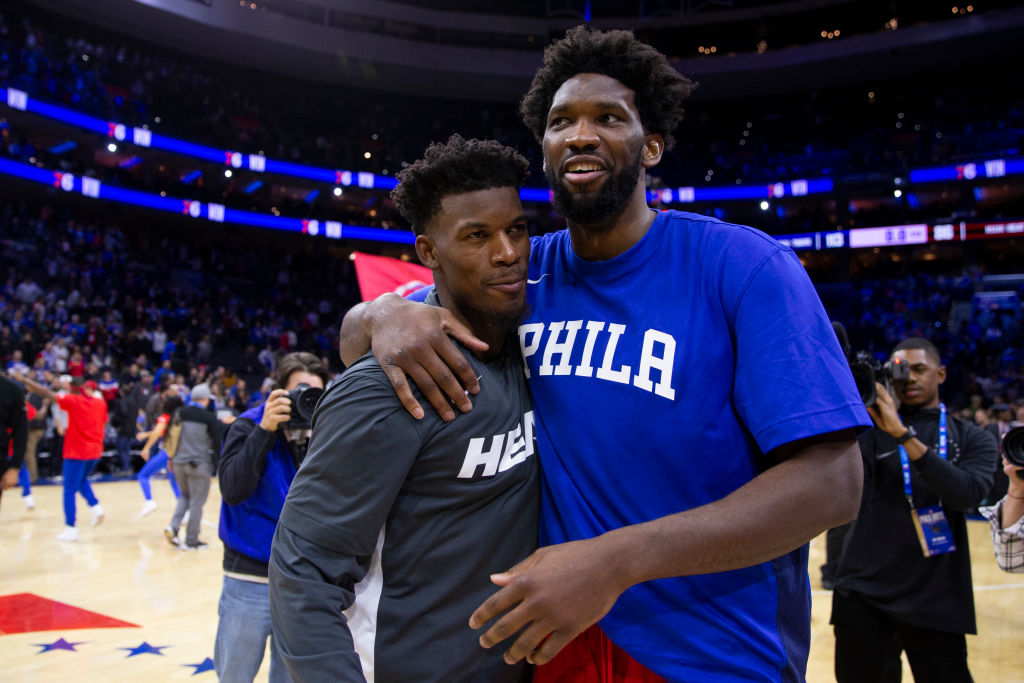 Jimmy Butler wouldn’t go into detail, but hinted that “something happened” last season that eventually led him to bolt from Philadelphia.

The Sixers reportedly didn’t offer the 30-year-old star a five-year, max deal when he became an unrestricted free agent in the summer.

“Obviously, something happened,” Butler told The Athletic while lacing up his boots after the 76ers’ woodshed-worthy, 113-86 beatdown at Wells Fargo Center. “We’re not going to say what it was. We’re not going to go into detail. We can’t keep living on that. They can’t. But I’m happy, man. It brings me joy, being around this group of guys (in Miami). I don’t regret nothing, you feel me?”

Despite serenading him with chants of “Jimmy!” the last time he played in this arena only a few months ago, Butler was jeered loudly every time he touched the ball.

“I wasn’t on no bullshit,” Butler said of his six-month stint with the organization. “I still saw a lot of my jerseys up there in the stands. I still had people smiling as I signed stuff, as I took photos.

“I didn’t do too much wrong by the fanbase here,” Butler said.  “Nobody knows what really went on, besides the organization and myself. My agent. And my people. I don’t know how to take it. They’re diehard fans. I’m not here no more. I’m the enemy. I mean, you don’t got to like me ‘cause I’m on the other team. I’m OK with that. I really am. They don’t know what’s going on. I love fans. I love my fans. But you don’t know what happened.”

Related Ben Simmons: ‘Chemistry is Much Better’ This Season in Philly