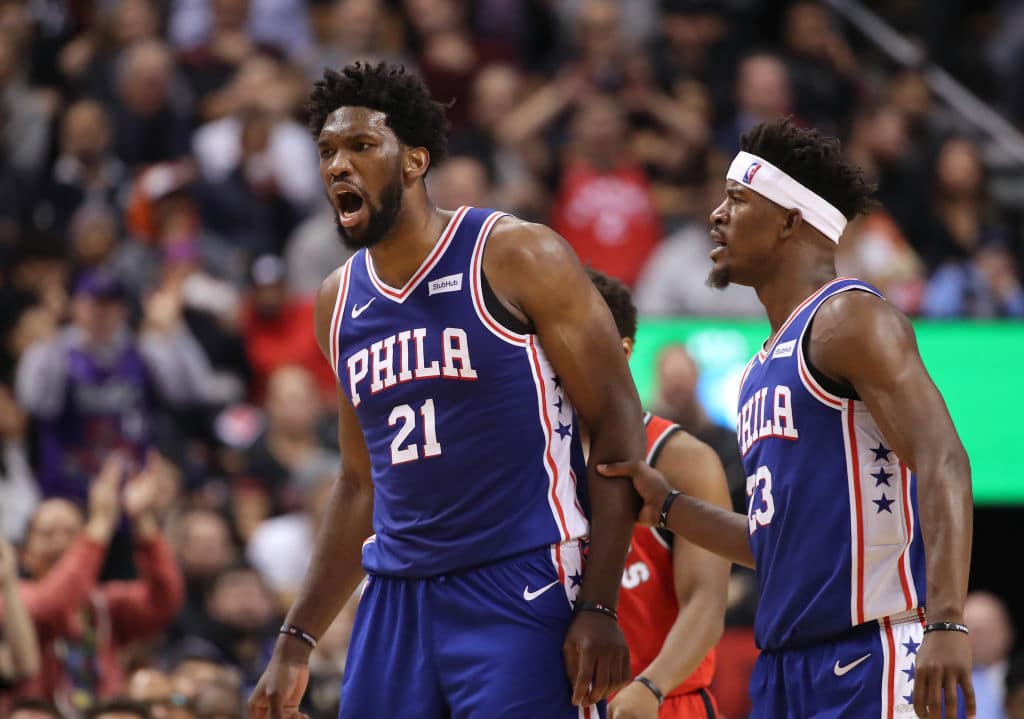 Butler says that Embiid is the Philadelphia Sixers’ best player, and that the team will figure out how to ensure his success on the offensive end.

#Sixers' Jimmy Butler on Joel Embiid: ‘I can understand being frustrated’ https://t.co/oZsIXhJetJ via @phillydotcom

The 24-year-old center doesn’t want to be used as a stretch five in head coach Brett Brown‘s schemes.

“But we are OK. I know he wants to win. He’s frustrated.”

Part of Embiid’s frustration centered on being held out of Friday’s 117-111 victory over the Detroit Pistons at Little Caesars Arena. Brown gave him the night off because he has played a lot of minutes this season and was noticeably fatigued in Wednesday’s 113-102 loss to the Raptors in Toronto. Embiid had one of his worst shooting performances of the season that night. However, he denied being tired and said his struggles had to do with his new role.

“As our best player, I can understand being frustrated,” Butler said of Embiid. “He’s a hell of a player, and we’ll figure out ways to make sure he’s always successful.”