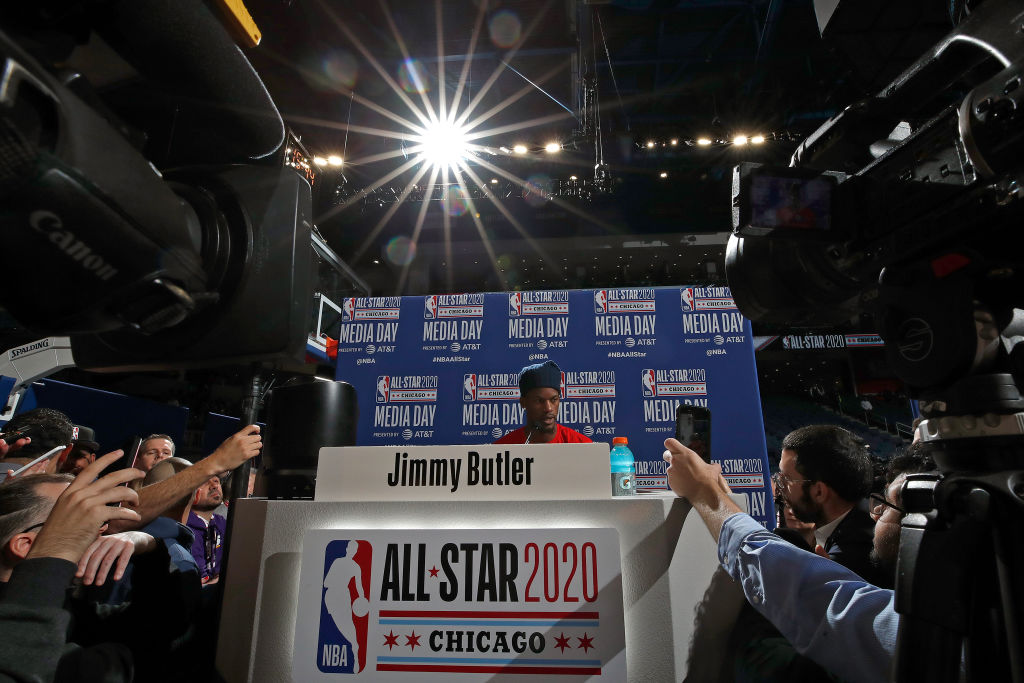 Jimmy Butler spent six seasons playing for the Chicago Bulls and hasn’t ruled out a return at some point in the distant future. The All-Star swingman was drafted by the franchise back in 2011 and it was with them that he evolved into one of the game’s most formidable players.

Though he’s beyond content plying his trade on a Miami Heat team that’s shattered expectations in 2019-20, Butler told the All-Star Weekend media that an eventual return to Chicago at some hypothetical point in the future, perhaps toward the end of his career, would be a “definite possibility“.

Butler’s first tenure in Chicago came to an end in the summer of 2017 when he was acquired by former Bulls boss Tom Thibodeau then with the Minnesota Timberwolves. Butler joined his coach and a number of ex-teammates from his time with the Bulls then but his love for Chicago remains strong.

Butler explained that he still owns property in Chicago and spends time there in the summer.

As a member of the Bulls, Butler saw seven playoff series in six years. Since his departure from the Windy City, he’s suited up for the Timberwolves, Philadelphia 76ers and now Heat.

Butler’s 2020 All-Star Game appearances marks the fifth of his career, the first three coming while he was still a member of the Bulls.

The fact that this year’s event is hosted in Chicago gives the shooting guard all the more reason to reflect back on his time with the franchise.