When he’s not working on LeBron James, big-time tattoo artist Jimmy Hayden is probably tatting up one of your other favorite NBA players. 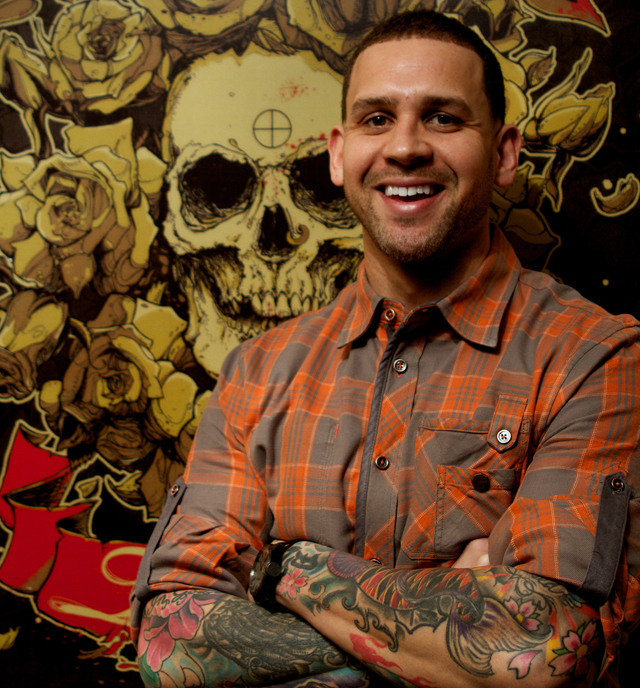 You can’t get much bigger than Shaquille O’Neal and LeBron James, two of Jimmy Hayden’s high-profile clients. It goes without saying, then, that the Cleveland, OH-based tattoo artist has become one of the go-to guys for NBA and NFL players. Not a bad gig, right? Hayden, 38, first got his start with needles as a paramedic at Cleveland Clinic and University Hospitals. With a knack for art, Hayden eventually transitioned into tattooing and the rest is history. Now Hayden has four different shops where he regularly inks up professional athletes, local celebrities and regular Joes. In addition to those spots, Hayden recently took on an elaborate mannequin project with Nike and is also working with Anytime Fitness, inking some of their employees. Don’t worry, though. He’ll always have time for LeBron.

SLAM: You’ve tattooed a lot of celebrities, including many NBA players. Tell us some of those names.

SLAM: How did you get into tattooing ballplayers?

JH: I got into it through Ted Ginn Jr. Now he’s a football player with the Arizona Cardinals, but he’s from Cleveland and connected me to LeBron James and his friends. LeBron came in and I’ve been tattooing him ever since.

SLAM: Were you sad to see LeBron leave Cleveland?

JH: Absolutely, like any fan in the city of Cleveland was sad. I wasn’t upset ’cause I kind of figured the time was coming. He had been here for seven years and had done a lot of work here. It’s always sad to see a great player like that leave a franchise like Cleveland that needs someone like him, but I was also happy for him at the same time, so there were a lot of mixed emotions about it. I’m very happy to see what he’s done with his career now in Miami.

SLAM: Is that something you guys would talk about while you were tattooing him?

JH: Uh, no. We talked about it slightly when I was doing tattoos. Sometimes he’d just come bring other people in to get tattoos. We’d talk about a few things but we wouldn’t go in-depth with it—you don’t wanna overstep your boundaries.

SLAM: What is one of the most noticeable tattoos on LeBron that you did?

JH: All of his sleeves, his arms, from the wrist, actually the hand all the way up to the shoulders and stuff like that. And the most recent one I did was a thing on his shoulder blades that said, “Established in Akron 1984.”

SLAM: You still tattoo him now?

JH: Usually when he comes back to Cleveland, or rather, Akron.

SLAM: And you’ve done work on Shaq, too?

JH: Basically, like, all his arms. I tattooed him prior to coming to Cleveland. I redid a lot of the tattoos he had and added things to them. I did a lot of stuff on his ribs, but mostly all the stuff on Shaq’s forearms.

SLAM: Any funny stories about tattooing NBA players or working with them in general?

JH: I think my best experience tattooing was Shaquille O’Neal. He flew me, my son and my fiancée out to his house in Orlando and we went to Universal Studios and just kicked it around. And then we came to his house, a driver took us to his house. He had this monstrous house with a full-size basketball court. It’s unbelievable, like a museum-sized house. In his house he has all this taxidermy, you know, animals. I’m like, Dude, this is a lot of animals. It’s like an art museum, a museum of cool animals. He’s like, “I killed ’em all.” I don’t know if I believe him. He’s one of those guys, it’s just like, he can go either way. He’s such a funny guy. One of the biggest jokesters ever.