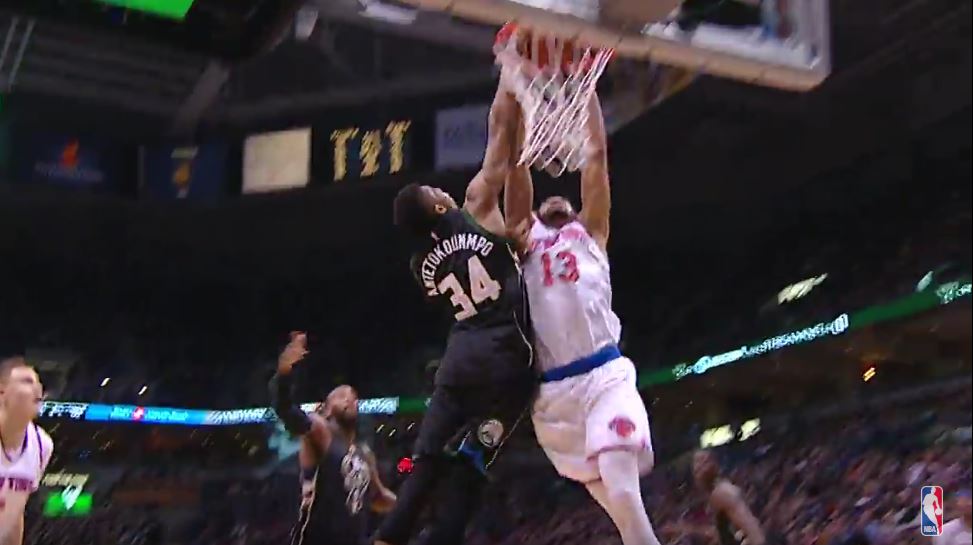 Joakim Noah has had a rough start to his Knicks career, but the $72 million man had the highlight of his season on Friday; throwing a dunk over Giannis Antetokounmpo of the Bucks. Noah’s quietly been turning it around of late, averaging 8.8 points with 12.7 rebounds over his last six games.

Joakim Noah: Knicks can't make any noise until they repair their defense https://t.co/KH0T8VfC4r