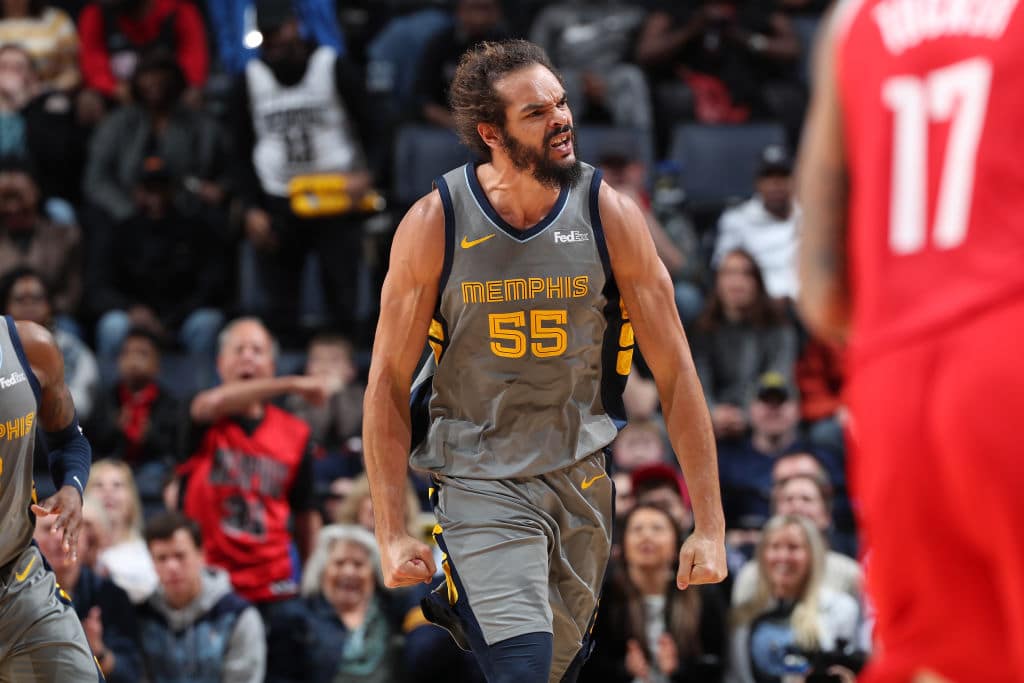 Veteran center Joakim Noah was among the finalists to sign with the Los Angeles Lakers as a replacement for the injured DeMarcus Cousins. Now, Shams Charania of The Athletic reports, Noah is expected to join their crosstown rival, the Los Angeles Clippers.

The Clippers have just 14 guaranteed contracts on their roster as training camp approaches, leaving a possible window for Noah to impress the franchise and evnetually stick with the squad through to the regular season.

Noah’s stock dropped over the last few seasons when injuries severely limited what he was able to do as a member of the New York Knicks but the 34-year-old was a pleasant surprise for the young Memphis Grizzlies in 2018-19.

In the 36 games where he played at least 10 minutes for the Grizz, Noah averaged a respectable 7.9 points and 6.2 rebounds per, all while providing the high level of energy that made him a star with the Chicago Bulls.

There’s no guarantee that Noah can turn his forthcoming workouts with the franchise into an actual contract offer but he’d be an interesting addition to a frontcourt that already includes Ivica Zubac and Montrezl Harrell.