Joe Lacob: Warriors ‘Legitimately Have a Shot’ at Winning the Championship 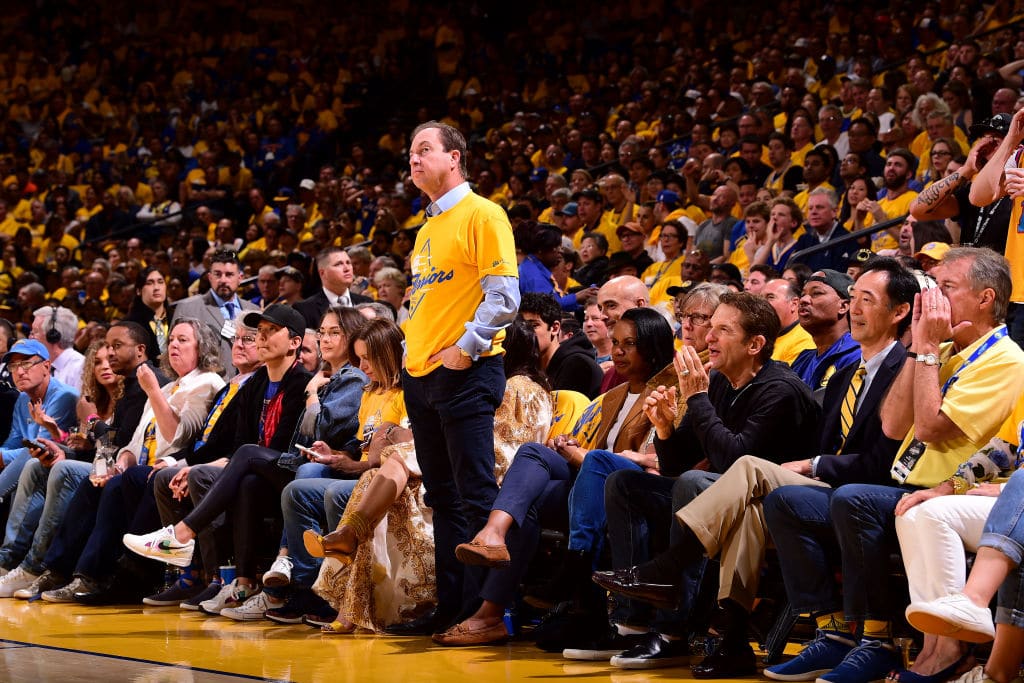 The Golden State Warriors are one of “nine of 10 teams” with a legitimate shot at winning it all next season, according to owner Joe Lacob.

Lacob points out that the Warriors have the enviable luxury of playing with four NBA All-Stars.

While many have been quick to write off the Dubs after losing out on Kevin Durant to free agency and Klay Thompson to a torn ACL, Lacob says they “have a shot to be pretty good by the second half of the year.”

“There are nine or 10 teams that legitimately have a shot, or they think they do,” Warriors CEO Joe Lacob told NBC Sports Bay Area on Tuesday. “That’s great for the league. And we’re one of those teams.”

The remaking of the roster, with combo guard D’Angelo Russell the prize offseason acquisition, has left only three players – Steph Curry, Draymond Green and Kevon Looney – set to enter training camp Sept. 30 with more than one season as a Warrior.

“By All-Star break, we’re going to see where we are,” Lacob said.

“I personally have great faith in our coaching staff and our players. I like any team that has Steph, Klay and Draymond. When you add D’Angelo Russell to that, I’ll take that. I don’t know of any other team that has more than two All-Stars, and we have four. From that standpoint, we have a shot to be pretty good by the second half of the year.”