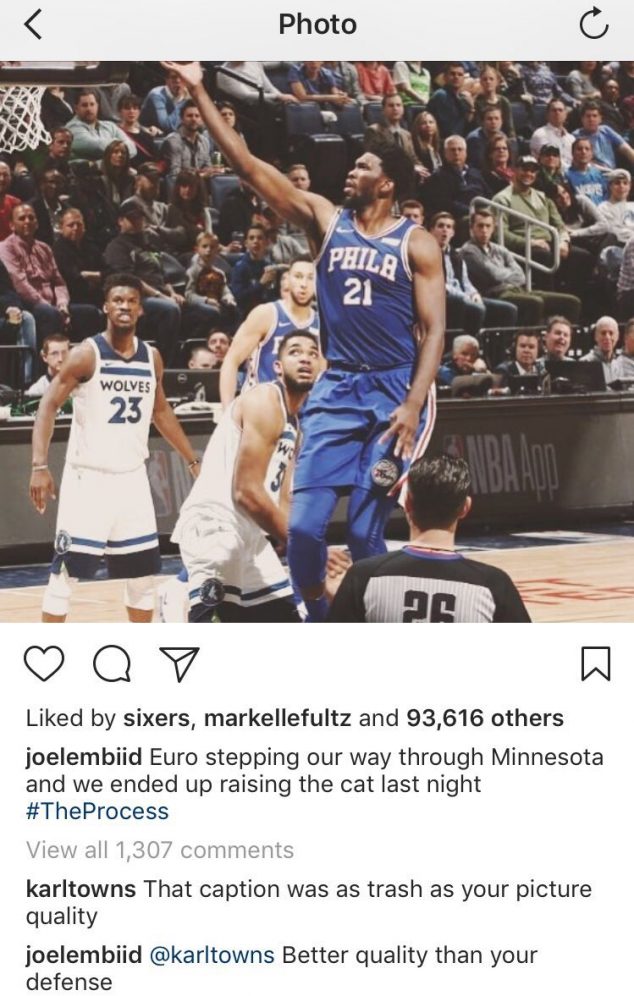 Embiid, who finished with 28 points, 12 rebounds and eight assists in the victory Tuesday night, re-affirmed his position as the NBA’s undisputed king of digital put downs.

In overtime, the 76ers ended a four-game losing streak by outscoring the Wolves 18-12.

“It should never have got there,” Towns said. “I should have made the play I needed to make. I failed my team tonight. Things like that happen. I’ve got to look in the mirror and I have to be better next game. It’s not good for me not to come through for my teammates.”

Asked what frustrated him most Tuesday, Towns said: “I’m more frustrated with 20 seconds left, they threw the ball to Joel Embiid and I didn’t make the stop I needed to make. My teammates trust me with the assignment, and I failed them. That hurts.”