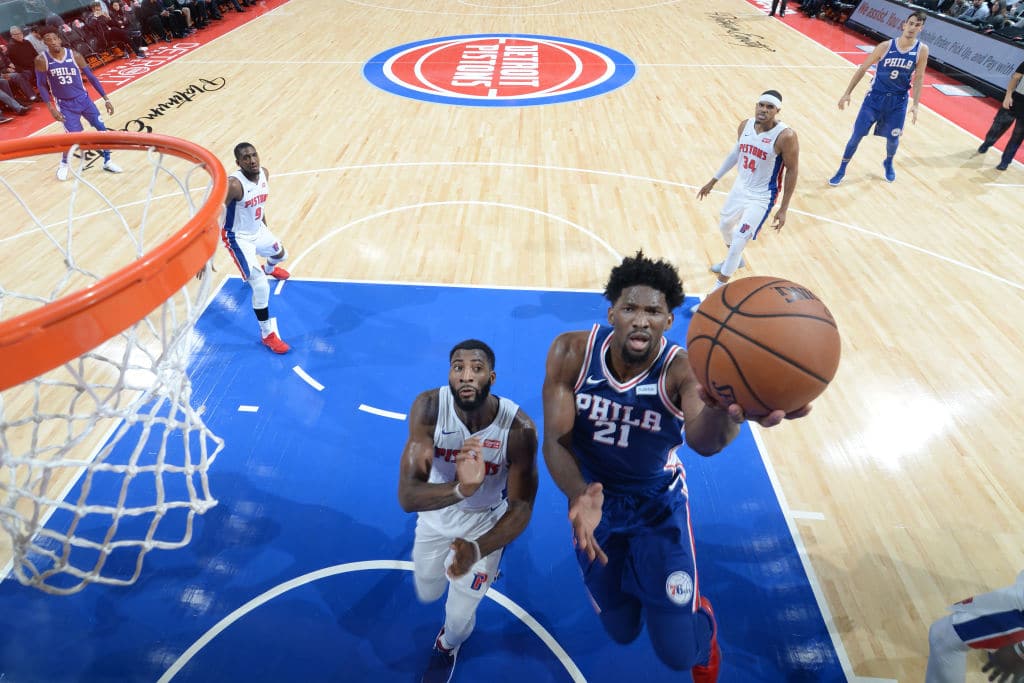 Update: Drummond has responded to Embiid with a very simple “See you Dec 2nd” tweet:

Mark this one on your calendars.

Original Story: Joel Embiid watched pre-game footage of Andre Drummond, and he was not impressed, so he went out Monday night and dominated the Pistons’ big man.

“Defensively, he doesn’t play any defense,” Embiid said of what he saw. “When we started the game, he was being aggressive and he was talking, too. … So what I was like [in my mind] ‘You want to do that? I’m going to kick your [butt] then. So that’s what I did.”

His domination was so obvious that one Pistons fan yelled “You [stink], Andre” after an Embiid basket.

“In my mind, I was like, ‘You want to switch up, because you are playing against me,’” he said of Drummond. ”‘You want to be all physical and talk [trash].’ So I was like, ‘you are going to get your [butt beat].’ I love that.”