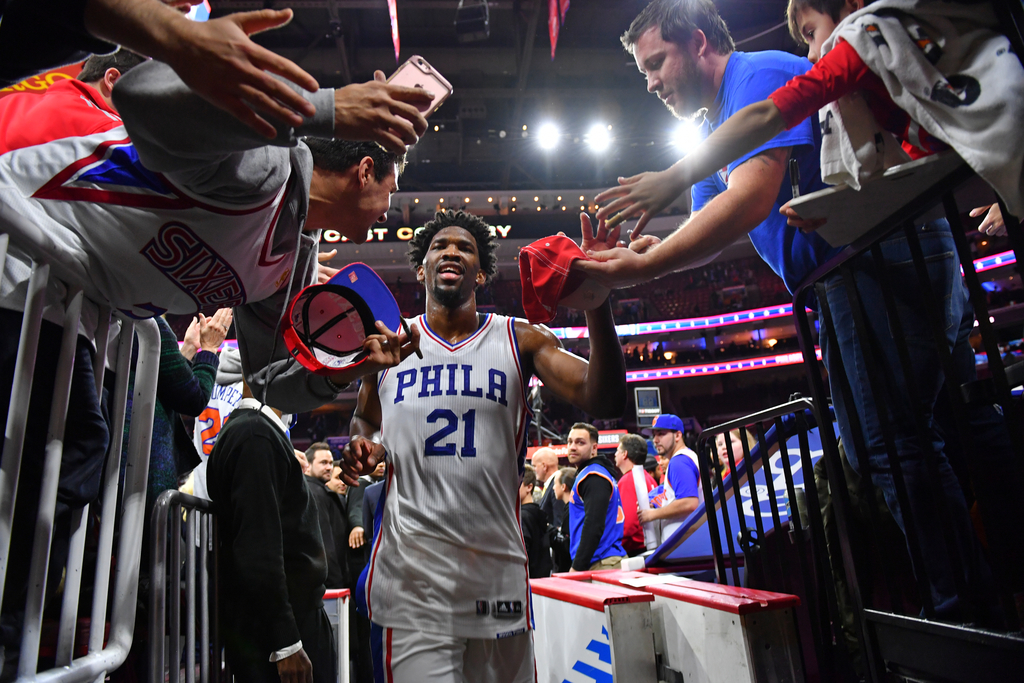 Joel Embiid continues to entertain on and off the court.

The Philadelphia Sixers’ rookie center repeated his apocryphal story about supposedly killing a “sleeping” lion as a young child.

In interview with the “Dan Patrick Show” today, Embiid detailed how he killed a lion as a 6-year-old. Embiid, who was born in Cameroon before coming to the U.S. to play high school and college basketball, said killing the lion was part of a rite of passage …

This tale from Embiid is one he’s told a couple times before, with record of it in the Kansas City Star back in 2014 and him sharing the tale again earlier this year with The Vertical’s Adrian Wojnarowski.