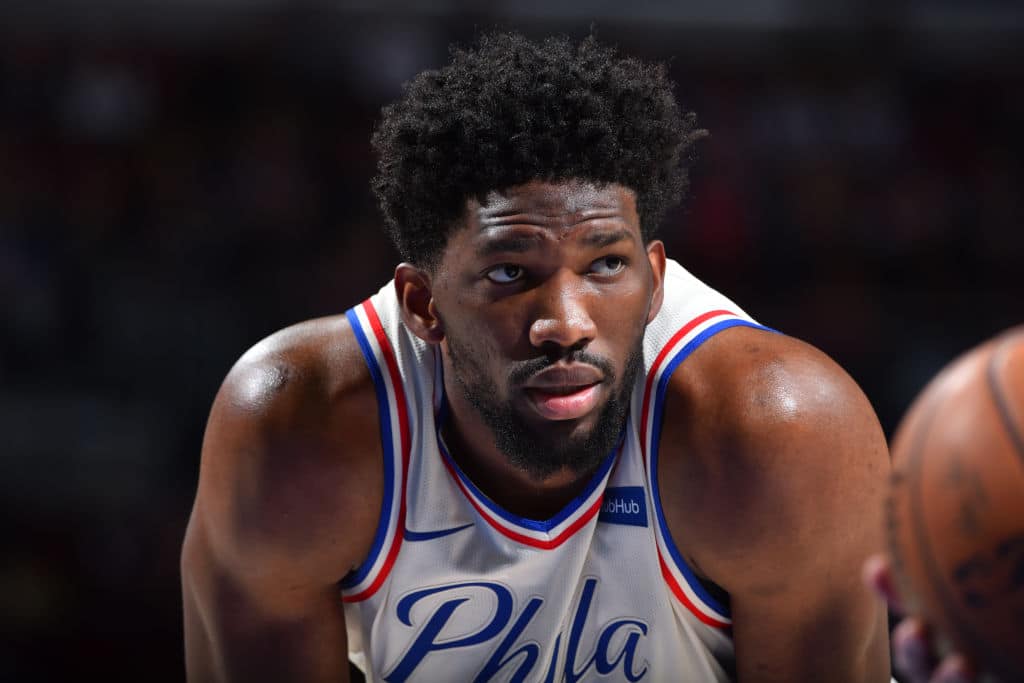 Joel Embiid is the cover star of NBA Live 19, it was announced Monday night.

Embiid becomes the first Philadelphia Sixer to grace the cover of the video game.

NBA Live 19 is due out in September.

The selection marks the first ever for a Sixer in the game’s history, debuting in 1994.

With his larger-than-life personality and growing profile after a breakout year, Embiid was a natural fit to carry the next installment in the NBA Live franchise. The 7-foot, 250-pound center in his first full season put up 22.9 points per game to go along with 11.0 rebounds and 1.8 blocks in 63 games and earned an All-Star selection.