Joel Embiid Not Worried About Retaliation for Trolling 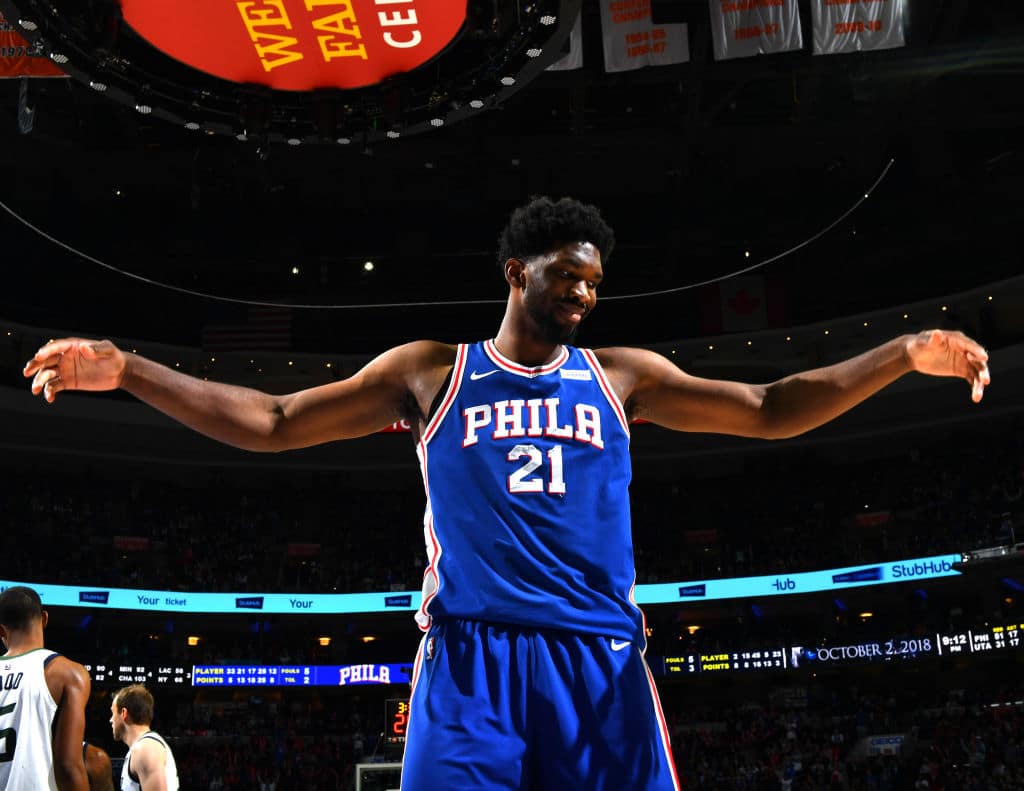 Joel Embiid is a master at trolling the opposition, and he’s not concerned about any sort of blowback.

The 23-year-old says he can physically handle any sort of potential retaliation.

Embiid, in his own inimitable way, warned that rival players would be wise not to test him.

Joel Embiid on if he's worried about retaliation for on-court trolling: "I'm 7'2" and I'm a big dude, so I don't think you want to try me. And I'm African too." (via #SC6) pic.twitter.com/NHbVAXx9zZ

“And I’m African too,” Embiid added.